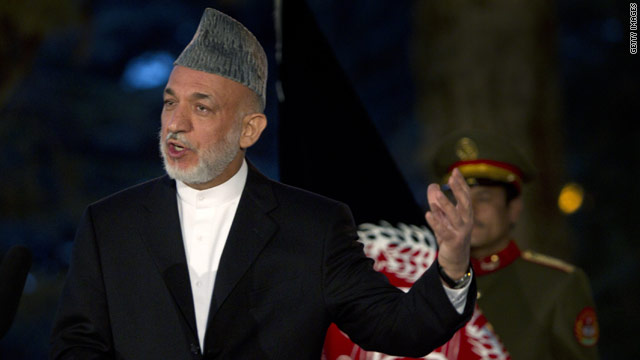 Obama to huddle with Karzai

As the U.S. weighs the timeline to pull out troops from Afghanistan, President Barack Obama will meet by videoconference Wednesday with Afghan President Hamid Karzai (pictured above).

Democratic leaders in Congress have turned their backs on embattled Rep. Anthony Weiner after the New York Democrat admitted to improper sexually tinged communications and lying about it.

"I wish there was some way I could defend him, but I can't," Senate Majority Leader Harry Reid, D-Nevada, told reporters. Asked what he would say if Weiner sought advice, Reid smiled and responded: "I'd tell him to call someone else."

While heat approaching and even reaching triple digits maintains its grip on much of the country, the Missouri River continues to rise to dangerous levels in the Great Plains. Amtrak says it plans to suspend rail service on Thursday between Chicago and Denver because of expected cresting in the Omaha, Nebraska, area. The National Oceanic and Atmospheric Administration plans to hold a press conference Wednesday to discuss the recent severe weather from historic Mississippi River flooding to devastating tornado outbreaks and predictions of an above-average hurricane season.

Obama wants Robert Mueller to stay put atop the FBI, but he needs Congress to pass a law allowing him to extend his 10-year term. The Senate Judiciary Committee will hold a hearing on the matter Wednesday.

Jurors in the Casey Anthony murder trial in Florida are expected to hear more forensic evidence in Day 12 of testimony. Anthony, 25, faces seven counts in the death of her 2-year-old daughter, Caylee, including first-degree murder, aggravated child abuse and misleading investigators. If convicted, she could face the death penalty. Follow developments on Nancy Grace's trial page.

The Obama administration is hoping for any glimmer of good news as the Fed's Beige Book, which summarizes current U.S. economic conditions by the 12 Federal Reserve districts, will be released at 2 p.m. With numbers last week showing the unemployment rate ticking up to 9.1 percent, home prices falling further and consumer confidence down, Republican strategists and possible and declared presidential contenders have focused their criticism on Obama's economic policies.

German vegetable growers are destroying tons of fresh produce in an attempt to halt an E. coli outbreak in Germany that has killed nearly two dozen people. The EU said on Tuesday it would pay $220 million in compensation to vegetable growers, many of whom have criticized Germany's handling of the crisis.

The saying ŌĆ£shot himself in the footŌĆØ is literal in this case.
sarasidnerCNN