A Cuban man who died Monday morning in Miami is the sixth person to pass away since October while in custody of Immâ€twitter.com/i/web/status/1â€¦Ou

A flight chartered by the State Department has left Wuhan, the city at the epicenter of the coronavirus outbreak, tâ€twitter.com/i/web/status/1â€¦ou

Fifty US military personnel have now been diagnosed with concussions and traumatic brain injuries following the Iraâ€twitter.com/i/web/status/1â€¦Pj 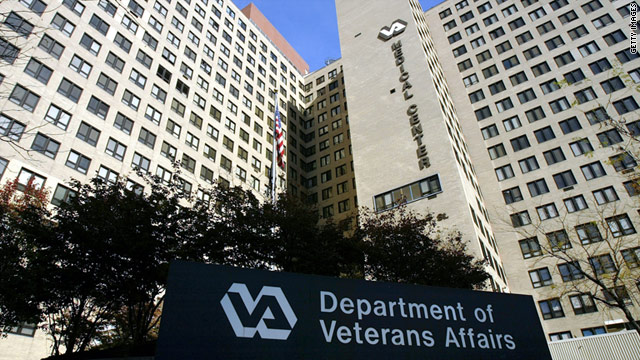 A report claims nearly two-thirds of 67 rape allegations were not reported to the VA Inspector General's Office, as required by regulations.
June 8th, 2011
07:34 PM ET

Overheard on CNN.com: Are VA hospitals a disgrace?

"My daughter was just asking me if volunteering at the VA to satisfy her community service requirement for high school would be a good idea. I think not."–stevebonpch

Of the nearly 300 sexual assaults within the Veteran's Affairs system that were reported to VA police from January 2007 through July 2010, many weren't properly reported to VA leadership officials and the VA Inspector General's Office, according to an investigation by the Government Accountability Office.

But lordbyron85 said, "Well, not to discredit every report, but any facility that treats people with mental issues is going to have people saying crazy things."

This story gave some CNN.com readers fodder for the private vs. public health care debate. msterling94 said, "Eliminate VA hospitals and clinics and issue qualified veterans insurance cards to use at any hospital of their choice. VA hospitals are a disgrace and show why a government-run health program will not work. They exist is for politicians to 'bring home the bacon' to their individual districts."

But others said they had experienced the same level of care in both types of facilities. jimraytn said, "I spent the first 27 years of my life under military medicine and the last five under VAHS. There is no difference between any form of GI health-care system and any other private hospital I have ever had the misfortune to utilize. I've had 30-45 day waits to see specialists in the civilian world, also, which is particularly disconcerting when you have kidney stones."

Some veterans said the quality of care was inconsistent throughout the system, while others spoke up to commend the hospitals they attend. josmith0110 said, "As a disabled vet, I have received care from many VA hospitals, and the quality of service is all over the place. For those who are making this a political issue, save your breath. This problem has spanned 40+ years. Polarizing the issue won't help."

USNNole said, "I have been using the VA clinic in Daytona Beach for over a year, since we dropped our ever-more expensive health insurance with the magical climbing deductible and co-pay. I have been seen about every 4 months and paid about $70 out of pocket. No one has tried to sexually assault me or my wife. (We are both Navy Vets from Operations Desert Shield/Storm). Don't over generalize. The Daytona Beach staff is polite and professional."

Pretty soon, if you're not a Dutch citizen, you will not be allowed into Dutch coffee shops, best known for legally selling pot. "The Cabinet expects that closure of coffee shops to foreign drugs tourists will ensure that they no longer travel to the Netherlands to purchase and consume cannabis," the Dutch Ministry of Security and Justice said in a recent statement.

justincase04 said, "I agree with the Dutch government. In fact, I'm pushing for the British government to deny ale in pubs to anyone not British." Clafong said, "Now this sounds like a good reason to send in the troops. Better use of our 2-billion dollars per week than Afghanistan."

lordbyron85 said, " I figured it was only a matter of time before Americans helped ruin this. Ha." nietvoeren replied, "Nah, it's not the Americans. Most American tourists are nice. Never had any problems with any of them. But the so-called 'drugs-tourists' coming from France, Belgium and Germany are the problem. They only go to the Netherlands to buy weed. Drive way too fast, parking their cars illegally, cause a lot of trouble in peaceful Dutch neighborhoods. But I don't think this law will pass."

WarriorsMark said, "Where will my College Class of 1968 have our reunions now? Guess we will have to have it in California. Lord knows with all our aches and pains we should qualify medically."

The soup of chemicals found in our environment, along with genetic predisposition, could be causing a higher incidence of autism, experts said in a conference call recently. Some components cited were chemicals found in plastic food packaging and water bottles and antimicrobials added to soaps, toothpaste and other products.

CNN.com readers agreed that autism was on the rise and offered their own ideas about the reasons. Elinor Kriegsmann said, "As a clinical instructor in speech pathology at the University of Washington in the 70's and early 80's, we rarely saw children with autistic features. This changed in the mid-80's with a major spike in the 90's to the present. The main difference in the past 35 years has also been the spike in environmental and food-related toxins."

deuce said, "It's funny how, before the prevalence of antibacterial everything and Clorox and other disinfectants around their house, there were far fewer incidents of autism, food allergies, and a host of other modern ills. Third World countries don't have these problems like we do. Why is that?"

Romey said, "We're going to find out that it's sunscreen that causes autism. I can just see it coming." May asked, "Could it be the ultra sound?"

Rocksor said, "South Korea has a higher autism rate than the United States. Their vaccine schedule is not as rigorous as our own. So what's the cause? Something in the environment affecting fetal development." mm replied, "Chinese-made goods and food."

Dr Neutrino said, "The cause of autism and other neurological disorders will be found to be demylination. Various chemicals in insecticides and herbicides are known to cause demylination. Next time you meet someone with MS, ask them if they ever spent any time near a golf course during puberty."

But Poppy disagreed, saying, "Did you grow up on a farm? I don't know any farm kids that have autism and we were almost bathing in herbicides and pesticides daily."

And some identifying themselves as scientists commented that the correlation was still a hypothesis, and perhaps false at that. EB said, "As a father of a 10-year old autistic boy and a career research scientist, this kind of reporting seriously annoys me. In the article Dr. Irva Hertz-Piccotto is quoted as saying that these chemicals 'could potentially play a role'. The key word is 'potentially.' "

David, a geneticist, said, "These results are based on correlations found in data, nothing more. Do you know there is a perfect correlation between the number of clergy in a community and the amount of crime? Do we see increased crime because of an increased number of clergy? No."

And Will said, "Numerous studies have shown that autism is almost certainly genetic and less tied to the environment than to the mother's age. With more people postponing having children, autism is highly likely to increase, and that's exactly what has happened, according to one UC at Davis study. Another showed the highest demographic concentration of autism in white, wealthy families - precisely those that postpone their fertility. While I am all for cleaning out the environment of those chemicals, we have to realize that our choices can effect our children, too. "

In November, Prince Andrew claimed he was "willing to help any appropriate law enforcement agency" on Jeffrey Epsteâ€twitter.com/i/web/status/1â€¦Pq
cnni

7:40 am ET January 29, 2020 RETWEET
Lawmakers in the US House approved a bill that would establish as US policy that the succession of Tibetan Buddhistâ€twitter.com/i/web/status/1â€¦lO
cnni

7:40 am ET January 29, 2020 RETWEET
A flight carrying 201 American passengers out of Wuhan has continued on to California following health screenings aâ€twitter.com/i/web/status/1â€¦N2
cnni