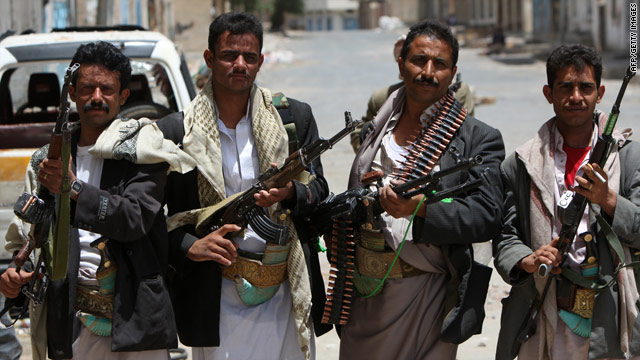 The United States has resumed airstrikes in Yemen and believes it killed a top al Qaeda insurgent there, a U.S. military official said on Thursday.

Abu Ali al-Harithi, "described as one of the most dangerous al Qaeda commanders in Shabwa province," has been killed in Yemeni security operations, state-run TV reported on Thursday, citing an official military source. The New York Times reported on Thursday that American jets killed him in an airstrike last Friday.

A U.S. military official with knowledge of the Yemen campaign told CNN that U.S. military-led air operations recently resumed after a pause of some months.

He also said the United States believes it likely killed al-Harithi in an airstrike in southern Yemen in recent days. But he cautioned its "very difficult" to confirm the killing.

Maldives has banned tourists from South Asia, cutting off an escape route for wealthy Indians fleeing their own couŌĆtwitter.com/i/web/status/1ŌĆ”os
cnni

2:00 am ET May 16, 2021 RETWEET
Australia received its first repatriation flight from India since its controversial ban on travel from the Covid-hiŌĆtwitter.com/i/web/status/1ŌĆ”ux
cnni

10:29 pm ET May 15, 2021 RETWEET
The Gemini North telescope in Hawaii and the Hubble Space Telescope have captured Jupiter in visible, infrared andŌĆtwitter.com/i/web/status/1ŌĆ”Uq
cnni