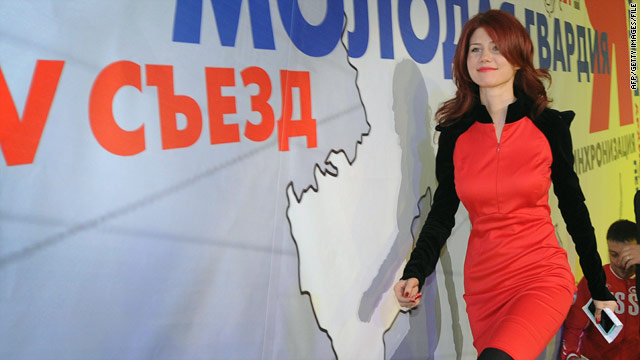 The Russian technology investment business just heated up with the arrival of former spy Anna Chapman.
June 10th, 2011
10:34 AM ET

It seems that every couple of months, sexy Russian spy Anna Chapman comes up with a new gig. Well, here we go again:

Chapman, by far the most famous member of the 10 Russian "sleeper" spies discovered and booted out of the United States last year, this month became editor of Venture Business News magazine, according to Bloomberg News.

She said she hoped to use the position at the magazine - which has an English-language version - to connect investors with innovators.

"Hopefully we will contribute" to the growth of Russia's tech industry, she told Bloomberg.

According to Forbes' Julia Ioffe, Chapman "will seduce everyone into believing that the Russian investment climate ... is ideal for nurturing highly cost-intensive, risky technology start-ups that need serious nurturing."

Ioffe says Chapman should do well. After all, Ioffe writes, "she has worked [at an investment bank] for all of eight months at a job so intensive that she has had time to shoot a full season of a really strange show for Russian TV."