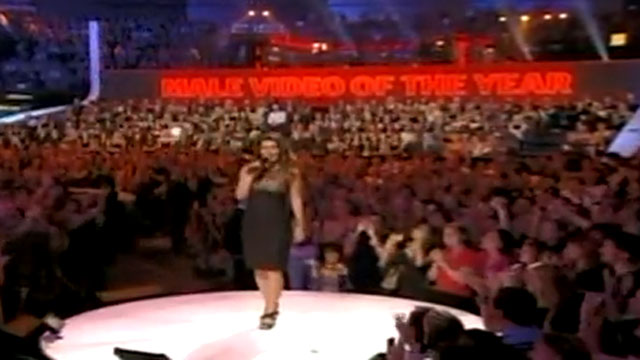 Shania Twain's tumble at the Country Music Television Awards has given us an opportunity to review a few other celebrity falls from grace. Hers was minor compared to others taken by some of her fellow celebs. What are some favorite celebrity tumbles that come to your mind? Beyonce's wipeout during her concert in Orlando in 2007 is probably high on that list, but others come to mind.

Stumbling with the stars – "Dancing With The Stars" provided quite a few spills this season. Kirstie Alley had a couple on her own but she still made it all the way to the finals before losing to Hines Ward.

Steven Tyler's showstopper – Aerosmith front man Steven Tyler's fancy footwork literally stop the show during a 2009 performance at the Stirgus Biker Rally. Tyler severely hurt himself and bassist Joe Perry had to break the bad news to thousands of fans that Aerosmith's set had come to an end.

Clinton takes a trip – Celebrities aren't the only ones prone to misstep. Politicians have been known to stumble from time to time. CNN's Jeanne Moos looks back on Secretary of State Hillary Clinton's fall while boarding Air Force One.