Elaine Thompson-Herah set a new Olympic record as she won gold in the women's 100m. Jamaica swept the podium, also‚Ätwitter.com/i/web/status/1‚Ä¶xY

British sprinter Dina Asher-Smith has so far withdrawn from Olympics 200m race only. It is unclear if she will comp‚Ätwitter.com/i/web/status/1‚Ä¶JK

American Caeleb Dressel sets a world record and wins the 100-meter butterfly at the Olympics (this tweet was repost‚Ätwitter.com/i/web/status/1‚Ä¶ux 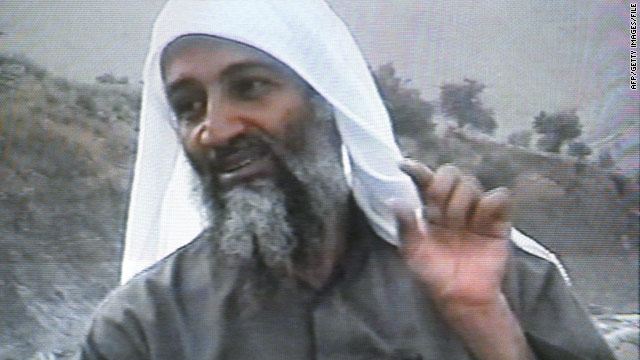 A Washington-based watchdog group is suing the CIA and Defense Department to release photos of Osama bin Laden.
June 10th, 2011
11:25 AM ET

A conservative legal watchdog group says the deadline is up and is suing the CIA and Defense Department to release photos and videos of the May raid that killed Osama bin Laden.

"The American people by law have a right to know basic information about the killing of Osama bin Laden," Tom Fitton, president of Washington-based Judicial Watch, said in a statement. "President Obama's personal reluctance to release the documents is not a lawful basis for withholding them. The Obama administration will now need to justify its lack of compliance in federal court. This historic lawsuit should remind the administration that it is not above the law."

The al Qaeda mastermind was killed when U.S. Navy SEALs stormed his compound in Abbottabad, Pakistan, on May 2. He was later buried at sea. Though some members of Congress have been allowed to see photos and CIA Director Leon Panetta initially said it was "important" that the photos be released, President Barack Obama said his administration would not release photos of the slain terrorist leader or his burial.

The photos - which have been described as gruesome and reportedly show brains hanging out of bin Laden's eye socket - could be used as a propaganda tool and could result in additional violence against American interests, Obama told "60 Minutes" last month, comparing the release of the photos to an unnecessary end-zone celebration.

"We don't trot out this stuff as trophies," Obama told the news show. "We don't need to spike the football."

Judicial Watch, which describes itself as a "conservative, non-partisan educational foundation" pursuing transparency and integrity in government, filed Freedom of Information Act requests with the Defense Department and CIA last month.

The CIA acknowledged receiving the request May 4, according to court papers. On May 9, the Defense Department replied that it would not be able to comply with the request within the statutory 20-day period. Nor would a 10-day extension provide sufficient time, the department said.

Both departments had 20 business days to respond: June 2 for the CIA, this past Tuesday for the Defense Department, according to Judicial Watch. The group now says the government is "unlawfully withholding records," causing irreparable harm to the watchdog organization.

The suit, Judicial Watch v. U.S. Department of Defense and Central Intelligence Agency (No.11-00890) (PDF), seeks access "to all photographs and/or video recordings of Osama (Usama) bin Laden taken during and/or after the U.S. military operation in Pakistan on or about May 1, 2011."