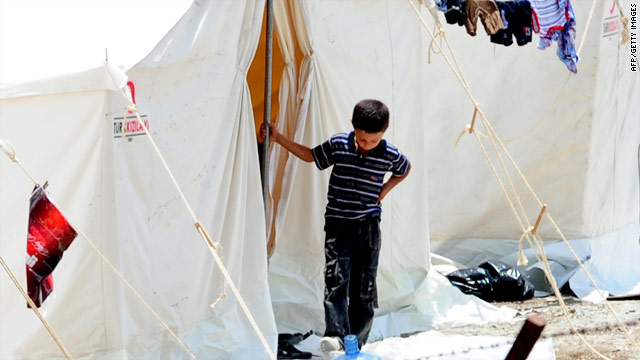 This development unfolded as Syrian troops on Friday afternoon came to the entrances of the city, Jisr Al-Shugur, in an operation "to restore security and tranquility to the area which was being terrorized by armed terrorist groups," the Syrian Arab News Agency reported.

This military offensive took place amid anti-government protests raging across Syria for nearly three months, outpourings that have led to violent security crackdowns on demonstrators.

Syria's Bashar al-Assad regime has consistently blamed what it calls armed gangs for the bloodshed over the last three months. But activists and protesters say security forces have caused the violence.

"The Sakura," a purple-pink 15.81 carat diamond, could fetch up to $38 million when it goes on sale in Hong Kong neŌĆtwitter.com/i/web/status/1ŌĆ”vP
cnni

1:31 pm ET May 16, 2021 RETWEET
Chef transplants are bringing new flavor to smaller cities and towns in what some industry experts are calling a cuŌĆtwitter.com/i/web/status/1ŌĆ”0j
cnni