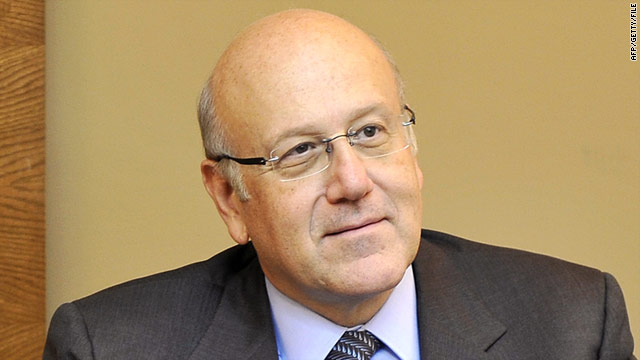 Lebanese prime minister-designate Najib Mikati is a Sunni political independent who is backed by Hezbollah and its allies.
June 13th, 2011
09:45 AM ET

Lebanon's prime minister-designate Najib Mikati has formed a new government that he hopes will receive the backing of parliament, he announced Monday, five months after the country's last government fell.

Mikati promised a "government of all of Lebanon and will labor for all Lebanese. There will be no divisions or distinctions between those who formed the government or those who opposed it."

The government of the last prime minister, Saad Hariri, was brought down in January by the Shiite Hezbollah movement.

Mikati is a Sunni political independent who was backed by Hezbollah and its allies.

But local media reports Monday suggested that Hezbollah and the Amal movement of parliament speaker Nabih Berri did not support the Cabinet line-up.