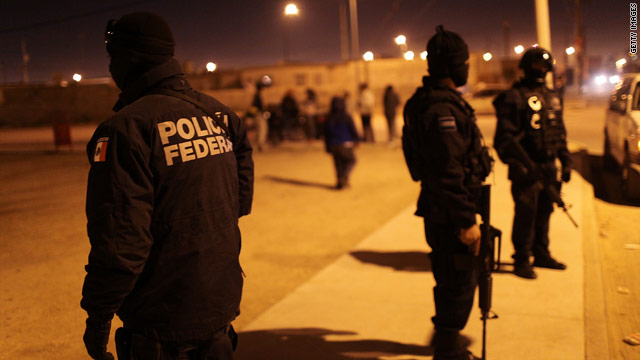 U.S. lawmakers are now calling for tougher firearms regulations after a report showed that more than 70% of Mexico's drug cartel weapons come from the United States. Violence associated with drug cartels has been a growing problem in Mexico, resulting in thousands of deaths. One of the more prominent ones was that of Mexican police chief, Martin Castro. His head was delivered to his colleagues in an ice box with a message from a powerful drug cartel in the region.  In today's Gotta Watch, we feature some of our more compelling stories highlighting the continued violence stemming from drug cartels in Mexico.

Mexico's 'bravest woman' - When 20-year-old Marisol Valles Garcia became police chief in one the deadliest parts of the world, she was dubbed the “bravest woman in all of Mexico.” Her predecessor had been beheaded, and it was a job no one was willing to take. Now, she’s left the only place she knows – a place where beheadings, shootings and gangland killings have become commonplace.

Mexico's 'valley of death' - Earlier this year, CNN's Thelma Gutierrez went to a border town called the Juarez Valley. It's prime real estate for the cartels because of its close proximity to the U.S. and easy access to modes of transportation.  Cartel gunman target entire towns in the valley in attemps to secure trafficking routes, and the valley is quickly becoming a ghost town.

Teacher hailed as hero - This amateur video says it all.  It was shot by a kindergarten teacher who got her students singing songs to distract them while suspected cartel members exchanged fire right outside the school. What's the most shocking about this video is that it took place in city once known for being the safest in Mexico.

Rare look inside drug tunnel - CNN's Anderson Cooper has an exclusive look inside a Mexico border tunnel that's so big it has it's own rail network.