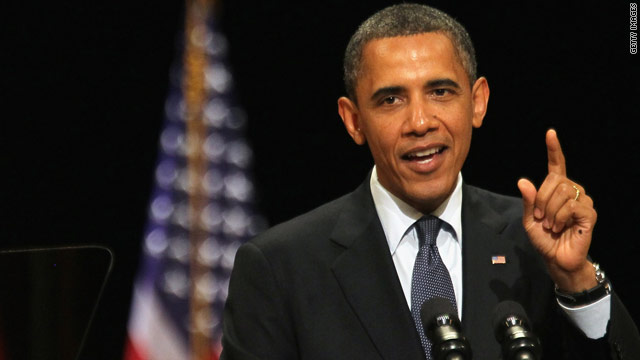 Obama will make a brief speech on arrival at Muniz Air National Guard Base and then visit La Fortaleza, the oldest executive mansion in the Western Hemisphere, according to a White House document.

The president also will attend a Democratic National Committee event before returning to Washington on Tuesday night.

Spider-Man on Broadway: The retooled version of "Spider-Man: Turn Off the Dark" opens on Broadway on Tuesday after going through millions of dollars in development costs, six delayed openings and a record-setting 180 preview performances.

The original concept for "Spider-Man" was the vision of Julie Taymor, the Tony Award-winning director of the stage version of The Lion King.  She was pushed aside by producers in March, although she reportedly retains some involvement in the show.

Musical collaborators are U2 bandmates Bono and the Edge, who wrote the show's music and lyrics, stayed on and added several new songs while rewriting a few others. Also added to the revamped show are an additional five flying sequences and expanded roles for Aunt May, Uncle Ben and love-interest Mary Jane Watson.

Radiation detectors for Japanese kids: Officials of Japan's hard-hit Fukushima city will begin handing out radiation measuring devices to 34,000 children in a plan to help calm fears about radiation.

Fukushima city is about  60 kilometers (37 miles) from the Fukushima Daiichi Plant, which experienced full meltdowns at three reactors in the wake of the earthquake and tsunami on March 11.

The measuring devices, called dosimeters, will be given to the children for three months starting in September, officials said.

The devices wil be given to nursery schools, kindergartens, elementary schools and middle schools in the city.