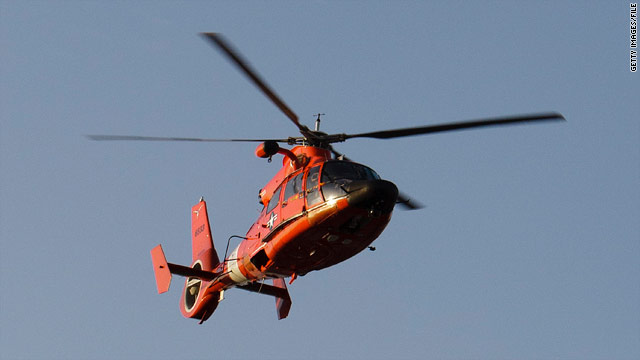 A distress call that sparked a massive search for four people in the waters off New Jersey appears to have been a hoax, the Coast Guard says.

Shortly before 4 a.m. Tuesday, someone called the Coast Guard, saying a 33-foot sailboat was nearly submerged and the four people aboard were abandoning ship and boarding a small dinghy.

The caller told the Coast Guard they did not have a handheld radio, flares or a sound-producing device, and communications were lost.

The Coast Guard said it sent a boat, two helicopters and a jet to search 600 square miles of water at a cost of nearly $88,000. Units from the New Jersey State Police and five municipalities also took part, it said.

The Coast Guard said it has responded to 126 suspected hoax calls in the northern New Jersey, New York City and Hudson River region since January 2010. It is offering a $1,000 reward for information leading to a prosecution.

"This is serious," Coast Guard spokeswoman Petty Officer Jetta Disco said Wednesday. "By these people making these false distress calls, we had four assets out searching for a boat that wasn't actually in distress. What if there was a call from a vessel that actually was in distress, and all these assets are tied up? People's lives are at stake here."

Making a false distress call is a federal felony with a maximum penalty of five to 10 years in prison, a $250,000 fine, an $8,000 civil penalty, and the possible reimbursement to the Coast Guard for the cost of performing the search.

If nothing else, the Coast Guard makes the best of false distress calls to sharpen search-and-rescue skills and coordination with other agencies, Disco said.

10:52 am ET September 22, 2021 RETWEET
A violin-shaped church, an "upside down" house and a hotel modeled on a Russian doll are among the entries in an anâ€twitter.com/i/web/status/1â€¦qi
cnni

10:42 am ET September 22, 2021 RETWEET
Germans will file into polling stations to vote in an unpredictable federal election on Sunday -- but for the firstâ€twitter.com/i/web/status/1â€¦F0
cnni