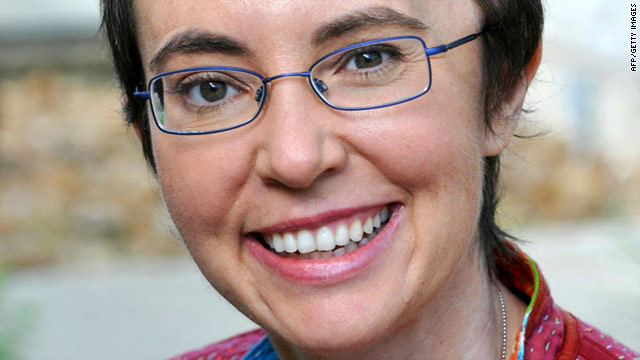 [Updated at 6:51 p.m. ET] U.S. Rep. Gabrielle Giffords has been released from a Texas hospital where she has been recovering from a January gunshot wound to the head, and she soon will start outpatient treatment at the same facility, the hospital said Wednesday.

Giffords, D-Arizona, will live with her husband in their home in League City, Texas, and will be assisted by a 24-hour home health provider, according to TIRR Memorial Hermann Hospital in Houston.

"Congresswoman Giffords has shown clear, continuous improvement from the moment she arrived at TIRR five months ago," Dr. Gerard Francisco, the hospital’s chief medical officer, said in a news release. "We are very excited that she has reached the next phase of her rehabilitation and can begin outpatient treatment. We have no doubt that she will continue to make significant strides in her recovery."

Six people were killed and 13 others, including Giffords, were wounded when a gunman opened fire in front of a Safeway grocery store in Tucson, Arizona, on January 8.

Giffords has been at TIRR Memorial Hermann since January 26. Her husband, NASA astronaut and Navy Capt. Mark Kelly, eventually resumed training at nearby NASA facilities for a space shuttle mission that he was commanding, and Giffords flew to Florida to attend the May 16 launch.

"Gabby gives her all to everything she does and that's exactly what she's been doing at TIRR since January 26," Kelly said in the release. "The remarkable progress she has made since then is a testament to both her single-minded determination to get better and the team of medical professionals overseeing her care."

On Sunday, photos taken of Giffords on May 17, a day after the shuttle launch, were published to her Facebook page. The photos, taken a day before she underwent surgery to replace a portion of her skull that had been removed to relieve the pressure of swelling on her brain, show the congresswoman relaxed and smiling, with eyeglasses and short hair.

A spokesman told CNN after the photos were released that Giffords' verbal skills, physical strength and cognitive abilities were improving all the time, but he cautioned that the congresswoman still had many challenges ahead.

Jared Lee Loughner, 22, is charged in the shooting. A federal judge ruled last month that he is not competent to stand trial, based on the results of court-ordered medical evaluations. The U.S. attorney general will take custody of Loughner for a period not to exceed four months, during which he will be taken to a hospital for further evaluation to determine if he will become competent to stand trial.