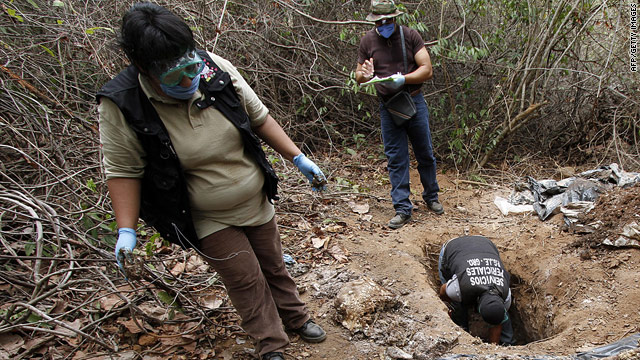 Drug traffickers in Mexico have been abducting bus passengers and forcing them to fight each other like gladiators with the winners being ordered to become assassins, a drug trafficker tells the Houston Chronicle.

The fights, initiated by members of the Zetas cartel, are called "Who's going to be the next hitman?" said the trafficker, who agreed to talk to the Chronicle on condition of anonymity.

The gladiators use machetes, hammers and sticks. "They cut guys to pieces," the paper quotes the trafficker as saying.

The winners are sent by the Zetas on suicide missions to shoot up the territory of rivals, the trafficker told the Chronicle. The losers end up in mass graves.

The trafficker said he was not a witness to the fights but gang emembers told him about them.

Federal law enforcement officials told the Chronicle they did not know of any gladiator fights, but they said the trafficker's story was plausible given the escalating violence in Mexico.