Actress Anne Heche is being investigated for misdemeanor DUI and hit and run after a weekend crash that destroyed a‚Ätwitter.com/i/web/status/1‚Ä¶nD

Texts from conspiracy theorist Alex Jones‚Äô phone have been turned over to the committee investigating the January 6twitter.com/i/web/status/1‚Ä¶cB1a

Israel and Islamic Jihad agree to a ceasefire after a weekend of conflict leaves more than 40 Gazan civilians and m‚Ätwitter.com/i/web/status/1‚Ä¶Ai 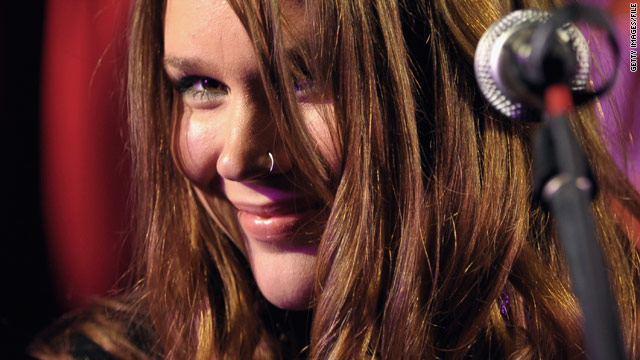 Two men have been arrested on suspicion to conspiracy to murder and rob after being arrested near the singer's home in Devon, England, BBC reported. The men were arrested after residents reported a suspicious vehicle in the area, and police told BBC the men had swords, a body bag and plans of Stone's home in their Fiat Punto. It wasn't clear if the singer was home at the time, but Stone said she is "absolutely fine," according to BBC. The 24-year-old Stone is one of the country's wealthiest pop stars. Her first album, 2003's "The Soul Sessions," went multi-platinum when she was a teenager.

The military veteran who served in Syria‚Äôs army for 22 years said he defected because of his country‚Äôs brutal crackdown on civilians. Harmoush told Time magazine, "We were told that we were doing this to capture armed gangs, but I didn't see any. I saw soldiers indiscriminately shooting people like they were hunting, burning their fields, cutting down their olive trees. There was no resistance in the towns. I saw people fleeing on foot to the hills who were shot in the back." In a YouTube video in which he flatly casts blame on the country's leader, Harmoush called on Syria's military commanders to protect citizens and property "from the death squads, which are led by (President Bashar Assad) and his regime.‚Äù

The priest at Boston‚Äôs St. Cecilia Church is facing criticism for planning to hold Mass on June 19 to commemorate Gay Pride Month. The archdiocese has delayed the service, saying it gives the impression St. Cecilia‚Äôs supports the celebration. Unni told The Boston Globe he is trying to follow Jesus Christ‚Äôs example. ‚ÄúAll we‚Äôre trying to do is welcome a group that has been marginalized,‚Äù he said. During a recent church service, the reverend told parishioners they ‚Äúare welcome here, gay or straight, rich or poor, young or old, black or white. Here, you all can say, ‚ÄòI can worship the God who made me as I am.‚Äô ‚Äù

The climate crisis is melting Greenland down at an unprecedented rate, which ‚Äì in a twist of irony ‚Äì is creating twitter.com/i/web/status/1‚Ä¶lEMvP6
CNNweather

1:37 pm ET August 8, 2022 RETWEET
‚ÄúJones testified before the January 6 committee earlier this year, but he later said on his show that he repeatedlytwitter.com/i/web/status/1‚Ä¶nMID
susancandiotti

1:36 pm ET August 8, 2022 RETWEET
Researchers found that over the past few decades, nearly half of the lightning strikes that hit the ground during s‚Ätwitter.com/i/web/status/1‚Ä¶t5
CNNweather

The US Treasury has sanctioned Tornado Cash, a virtual currency mixer, for its use by cybercriminals, including tho‚Ätwitter.com/i/web/status/1‚Ä¶Kz
cnni

10:45 am ET August 8, 2022 RETWEET
Britney Spears is saddened by her ex-husband‚Äôs recent comments about her relationship with their teenage sonscnn.it/3A289MGFQ
cnni

10:15 am ET August 8, 2022 RETWEET
France‚Äôs most notorious condiment is running out, and there is no sign of its return to the shelvescnn.it/3JSvQKROt
cnni

Actress Anne Heche is being investigated for misdemeanor DUI and hit and run after a weekend crash that destroyed a‚Ätwitter.com/i/web/status/1‚Ä¶nD
cnnbrk

2:31 pm ET August 8, 2022 RETWEET
Texts from conspiracy theorist Alex Jones‚Äô phone have been turned over to the committee investigating the January 6twitter.com/i/web/status/1‚Ä¶cB1a
cnnbrk

11:18 am ET August 8, 2022 RETWEET
Israel and Islamic Jihad agree to a ceasefire after a weekend of conflict leaves more than 40 Gazan civilians and m‚Ätwitter.com/i/web/status/1‚Ä¶Ai
cnnbrk