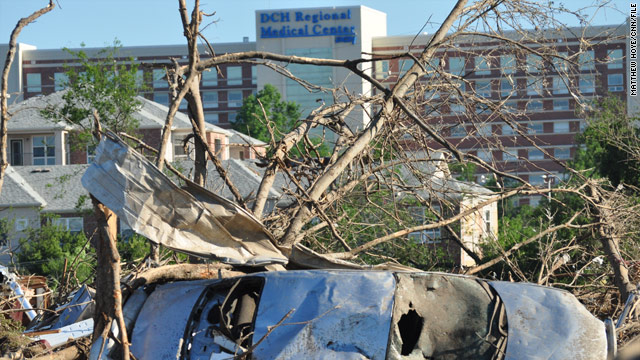 The extreme weather events that battered the United States throughout April impressed even the nation's top weather experts.

A National Oceanic and Atmospheric Administration special report outlines just how extraordinary the month was:

Calling the confluence of events "truly remarkable," CNN meteorologist Rob Marciano concurred with the report's authors in putting much of the blame on a phenomenon known as La NiÃ±a.

During La Nina, water in the eastern Pacific Ocean near the equator is cooler than normal, strongly influencing the formation of weather patterns in the United States, according to NOAA.

"Unfortunately, hurricane season has begun, and the U.S. is overdue for a landfalling storm," he added. "We've gone over 1,000 days without a hurricane hitting the U.S. That streak will likely break in the coming months."

"We've all been through a lot with the April tornado outbreak, and there's a lot of work ahead of us," said Jeff Byard, state coordinator for the Alabama Emergency Management Agency.

A geophysicist who allegedly beat police officers who were trying to help injured rioters during the US Capitol sieâ€twitter.com/i/web/status/1â€¦KL
cnni