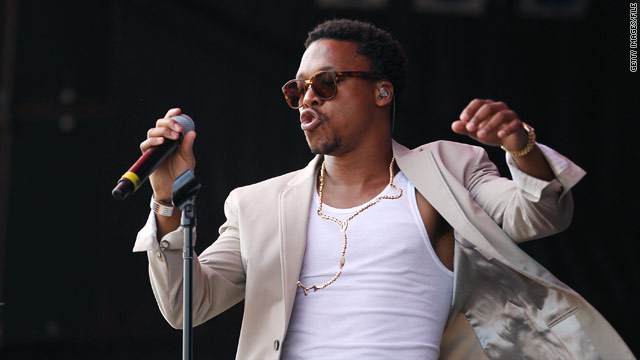 The Chicago rapper is reportedly appearing on an episode of "The O'Reilly Factor" to discuss his assertion that President Barack Obama is "the biggest terrorist." Fiasco was widely panned for making the remark during a CBS interview and Fox News' Bill O'Reilly joined the choir of critics this week.

He called the rapper a "pinhead" for the Obama remark and for denouncing the "foreign policies that we have in place in different countries that inspire people to become terrorists." O'Reilly further claimed that Fiasco could not defend the remark and that he had refused an invitation to appear on the show. Fiasco quickly set the record straight via Twitter: "Whoa! I got invited to the O'reilly factor and turned it down??? Thats news to me ... would NEVER turn down the opp to push billys buttons!"

Now come reports from BET and others that the rapper will appear on "The O'Reilly Factor" next week. Should be a fascinating chat.

The Pennsylvania man stepped in to help Pittsburgh Pirates catcher Chris Snyder's wife after she was allegedly attacked at a gas station, according to a CNN affiliate. A man who claimed Snyder's wife almost hit him while he was riding his scooter attacked her and then Changle after he stepped in to help, according to WTAE-TV.Â  Snyder could only watch from the car because he is recovering from back surgery. The couple's two children were also in the car. Changle told WTAE he had no clue who Snyder was until the suspect was in custody.Â  "I was like, 'What do you do? He put his head down and said, 'Actually, I'm a catcher for the Pirates.' And I was like, 'Oh, wow.' " Changle said. "I would have done it for anybody. It didn't have to do with who it was."

The Houston attorney is suing three middle school students for allegedly threatening his daughter on Facebook.

Upon seeing a video the three girls uploaded that allegedly threatened Medley's daughter, Medley sent the video to school officials as well as a cease-and-desist demand to the girls and their parents, the Houston Chronicle reported. He threatened to sue if they didn't stop all communication with his daughter and if the families did not donate $5,000 each to the Center for Safe and Responsible Internet Use, an Oregon-based nonprofit.

After the families reportedly failed to meet Medley's deadline, one of Medley's colleagues filed a defamation of character suit earlier this week against the girls, saying they made false statements that "impute sexual impropriety and misconduct" to his daughter.