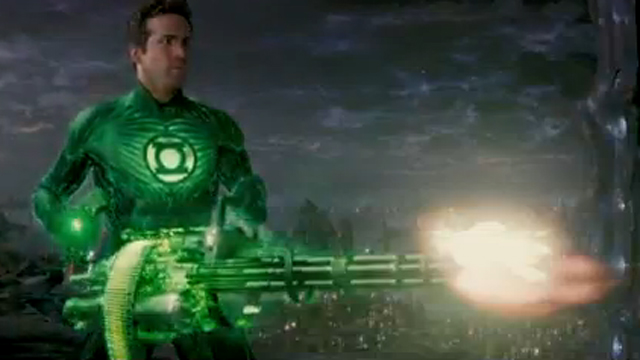 It’s the summer of the superhero. "Green Lantern" premieres today and it’s the latest in a list of films focused on people with supernatural powers. But superheroes aren’t just on the big screen; they exist in real life, too. You’ve gotta watch the superheroes in our midst.

Ryan Reynolds gets green – The actor puts on the iconic Green Lantern suit in his newest flick. He talks about getting buff for his first superhero role.
[cnn-video url="http://www.cnn.com/video/#/video/ireports/2011/06/15/natpkg.irpt.green.lantern.cnn"%5D

When crime fighting goes wrong – Seattle has its own self-proclaimed superhero, "The Phoenix." When he broke up a fight, assailants broke his nose and brandished a gun. Police want him to stop "patrolling" before he's seriously hurt.
[cnn-video url="http://www.cnn.com/video/#/video/us/2011/01/11/dnt.phoenix.jones.superhero.KOMO"%5D

Superhero registry – It's like the yellow pages for superheroes. This league of everyday crime fighters is available online and ready to hit the streets.
[cnn-video url="http://www.cnn.com/video/#/video/living/2009/04/28/dnt.oh.shadowhare.superhero.wlwt"%5D