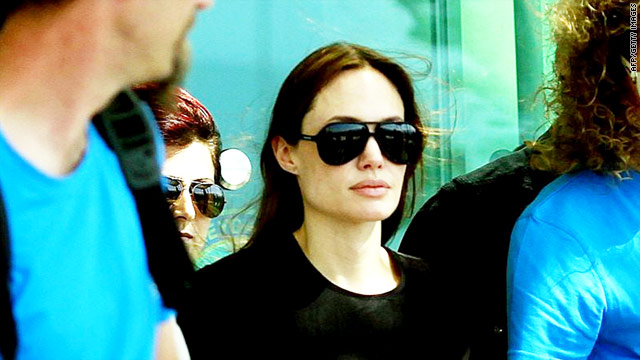 Actress Angelina Jolie, a longtime goodwill ambassador for the U.N. refugee agency, arrived in southern Turkey on Friday to visit Syrian refugees, a high-profile trip focusing attention on misery faced by ordinary citizens who have escaped violence in turbulent Syria.

Jolie, who is scheduled to visit the Altinozu refugee camp, arrived at the airport in Hatay and was greeted by officials, according to the state-run Anatolian Agency.

Hatay provincial officials had vans for the trip to Altinozu, and "toys unloaded from the plane were loaded to one of the vans in her convoy," the agency reported.

More than 9,600 Syrian men, women, and children have fled their country for Turkey to escape violence, including a military offensive in the Jisr al-Shugur area.

4:00 pm ET October 31, 2020 RETWEET
The shopping spectacular is getting a pandemic-induced makeover, with many major retailers starting their sales earŌĆtwitter.com/i/web/status/1ŌĆ”fA
cnni