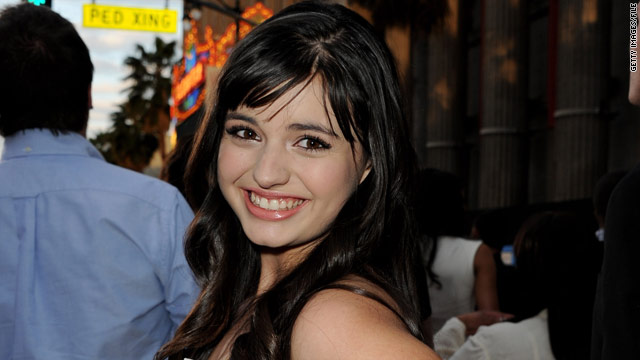 On the Radar: Friday without 'Friday,' solar groundbreaking, Saudi driving

Where's 'Friday'?: This will be your first Friday in, well it seems like forever, that you can't kick off with a Rebecca Black "Friday" video fix from YouTube.

Entertainment Weekly reports that the clip, which had more than 167 million views, has been pulled.

â€śThis video is no longer available due to a copyright claim by Rebecca Black. Sorry about thatâ€ť is what you'll read when you click on the link.

The website NME.com reports that the video was pulled in a dispute with Ark Music, which wrote the track's music.

Solar power plant: Friday is the official groundbreaking for what is billed as the world's largest solar energy facility.

The Blythe Solar Power Project is being constructed on 7,000 acres of public lands in the desert of Riverside County, California.

When it is completed, the solar power plant will produce electricity to power 300,000 single-family homes for a year, its backers say. Using the plant's solar-generated electricity rather than fossil fuels will also reduce carbon dioxide emissions by 2 million tons a year.

During construction, the plant is expected to create 1,066 construction jobs and almost 300 permanent jobs.

Secretary of the Interior Ken Salazar joins other state and local officials for Friday's groundbreaking.

Saudi driving: Saudi women are being encouraged to challenge the status quo and get behind the wheel Friday.

Though there are no traffic laws that make it illegal for women to drive in Saudi Arabia, religious edicts are often interpreted as a ban against female drivers.

The day is expected to be a test of wills - and authority - between police and the campaign, which has been publicized by Facebook, Twitter and other social media.