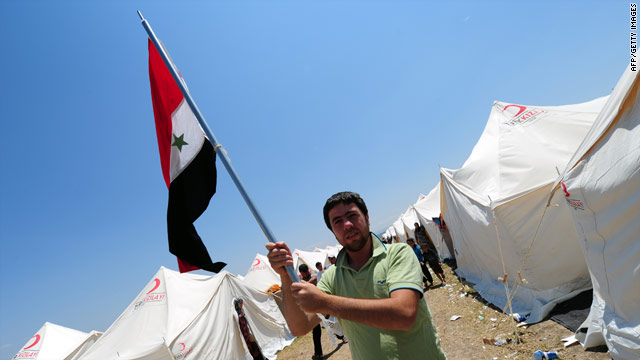 Syrian security forces determined to quell a three-month uprising stormed the northern village of Badama, near the Turkish border, a witness and an activist said Saturday.

Jameel Saib, an eyewitness near the Turkish border, told CNN people that displaced Syrians trying to enter Badama to get bread and supplies saw the Syrian forces close roads leading to the border.

If Badama is taken, Syrian refugees who want to escape the violence in their country will have no medicine or clean water, Saib said.

Eight employees of Russia's Embassy in Pyongyang and their families spent more than 34 hours trying to leave Northâ€twitter.com/i/web/status/1â€¦JZ
cnni

12:00 pm ET February 28, 2021 RETWEET
A painting of Paris by Vincent van Gogh, which has almost never been seen by the public after being stashed withinâ€twitter.com/i/web/status/1â€¦nX
cnni