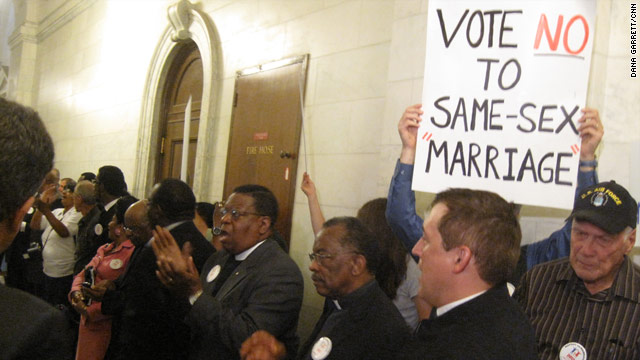 If N.Y. bill passes, over 11% of Americans would be eligible for same-sex marriage

Should New York become the sixth state to grant same-sex marriage licenses, it would more than double the U.S. population eligible to enter such a union.

Five states - Massachusetts, Connecticut, Iowa, Vermont and New Hampshire - and the District of Columbia currently grant same-sex marriage licenses. The combined population of those states and D.C. is 15,712,015, according to figures from the U.S. Census Bureau for 2010.

The New York state Senate passed the same-sex marriage bill on Friday. It will go to Gov. Andrew Cuomo for his signature.

With the official U.S. population at 308,745,538, that means 5.08% of the population of America is eligible - upon meeting a state's age and other legal requirements - to marry a person of the same sex.

That means 11.37% of the U.S. population would then be living in a state that grants same-sex marriage licenses.

Here are the 2010 population figures for the five states and District of Columbia: