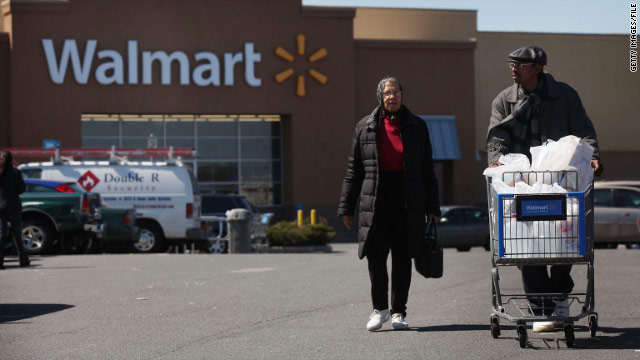 The Supreme Court put the brakes on a massive job discrimination lawsuit against mega-retailer Wal-Mart Stores, Inc., saying sweeping class-action status that could potentially involve hundreds of thousands of current and former female workers was simply too large.

The ruling Monday was a big victory for the nation's largest private employer, and the business community at large.

The high-profile case– perhaps the most closely watched of the high court's term– is among the most important dealing with corporate versus worker rights that the justices have ever heard, and could eventually impact nearly every private employer, large and small.

Gisel Ruiz, Executive Vice President for Wal-Mart U.S., said in a statement the company was "pleased" with the court's ruling.

"Walmart has had strong policies against discrimination for many years. The Court today unanimously rejected class certification and, as the majority made clear, the plaintiffs’ claims were worlds away from showing a companywide discriminatory pay and promotion policy," the statement said. "By reversing the Ninth Circuit Court of Appeals decision, the majority effectively ends this class action lawsuit.

“Walmart has a long history of providing advancement opportunities for our female associates and will continue its efforts to build a robust pipeline of future female leaders.”