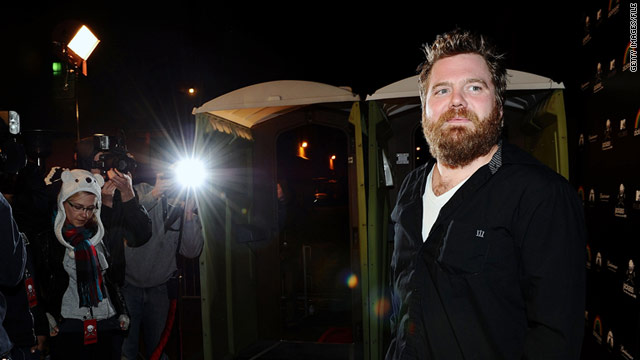 A controversial church in Topeka, Kansas, plans to send parishioners to Pennsylvania to protest the funeral of “Jackass” star Ryan Dunn, the congregation announced in a press release.

Westboro Baptist Church "will picket any public memorial/funeral held for Dunn, warning all not to make a mock of sin, & to fear and obey God!” the release said.

Westboro was started by the Rev. Fred Phelps in 1955. The church's parishioners, made up mostly of Phelps relatives, stage protests with signs that say such things as "God Hates Fags" and "Thank God for dead soldiers."

The funeral director for DellaVecchia, Reilly, Smith & Boyd Funeral Home in West Chester said Wednesday afternoon that a family-only private memorial for Dunn was in progress - and there was no problem.

Because it was a private memorial, Joseph DellaVecchia said, he didn't expect any disturbances, although he'd heard of Westboro's plans.

“We can’t stop someone from coming to a public funeral, but this is private, and the police have everything under control,” DellaVecchia said.

A public funeral is planned for later in the week.

“Our department recognizes that we have an ethical and legal imperative to uphold civil rights of those who choose to lawfully assemble to protest but also of family members mourning at a funeral," West Chester Police Chief Scott Bohn said Wednesday.

Dunn was drunk and driving up to 140 mph when his 2007 Porsche 911 GT3 crashed and caught fire on a Pennsylvania highway Monday, police said Wednesday.

The red-bearded Dunn, 34, was famous for his pranks and dangerous stunts on the MTV show, which evolved into a successful film franchise.

Westboro protesters, known for picketing the funerals of U.S. soldiers, have recently been met with counter-protesters at funerals across the nation.

At Arlington National Cemetery in Washington last month, counter-protesters, some claiming to be from the Ku Klux Klan, squared off against Westboro Baptist members.