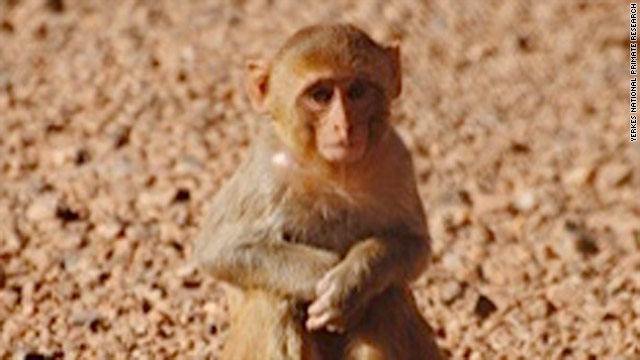 "The animal was not part of a scientific study in which it would have been infected with any disease," the announcement said.

The release said Yerkes staff are working with Emoryâ€™s Institutional Animal Care and Use Committee, the National Center for Research Resources, the U.S. Department of Agriculture and Gwinnett County Police. The Yerkes Center asks that anyone in the area who sees a monkey call 404-727-7732.

"If you see a monkey, please do not approach it," the release said.