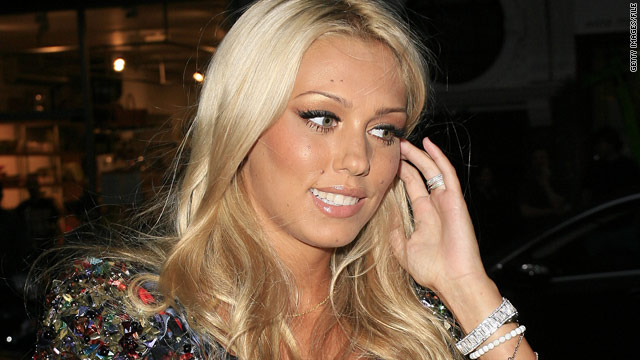 Perhaps The Daily Beast's source put it best: "Why would a 22-year-old want this?" The heiress is rumored to have purchased the California mansion of the late Aaron Spelling, which was listed for $150 million. Ecclestone - known as the â€śParis Hilton of Britainâ€ť - is the youngest daughter of Formula One racing CEO Bernie Ecclestone, who has a net worth of $4.2 billion. The sale of the Spelling home reportedly went for $85 million in cash, raising questions as to why the young Ecclestone would want a 123-room house that design experts say needs updated interiors, according to The Daily Beast. One theory is that the house is for one of her fatherâ€™s wealthy friends. A real-estate source told The Daily Beast, â€śIt doesnâ€™t make sense. It will take years of painstaking construction, designing, and decorating to get the house right.â€ť

The country music singer says he has Alzheimer's and will end his legendary career after a tour this fall. Campbell had a satchel full of hits in the 1960s and 1970s, including his renditions of Jimmy Webb's "By the Time I Get to Phoenix" and Larry Weiss' "Rhinestone Cowboy." He also hosted the CBS variety show, "The Glen Campbell Goodtime Hour" from 1969-1972. He was inducted into the Country Music Hall of Fame in 2005. The Pittsburgh Post-Gazette reports that news of Campbell's diagnosis is particularly tragic because he had stormed back onto the music scene in 2008 covering songs from Green Day, Tom Petty and U2, among others. The 75-year-old Delight, Arkansas, native should be applauded, the paper said, for going forward with his farewell tour, which was announced months ago. Campbell's latest album, "Ghost on the Canvas," is scheduled for release in August.

The 19-year-old alleged hacker was charged Wednesday in Britain with using a botnet to disrupt a police website, according to Computer World. Cleary was arrested on Monday, and a security expert told the magazine that his arrest may lead authorities to members of LulzSec, a group that has claimed responsibility for attacks on PBS's and the CIA's websites and has been oft-mentioned in relation to the Sony PlayStation hack, though no official charges have ever surfaced. LulzSec has said Cleary is only "mildly associated" with the group and has flatly denied he is one of its leaders. In a tweet shortly after Cleary's arrest, the group said, "Seems the glorious leader of LulzSec got arrested, it's all over now ... wait ... we're all still here! Which poor bastard did they take down?"

4:02 pm ET September 20, 2021 RETWEET
'Not counting our chickens': UK's Boris Johnson says world is watching and waiting for the US to commit on climateâ€twitter.com/i/web/status/1â€¦cX
CNNweather