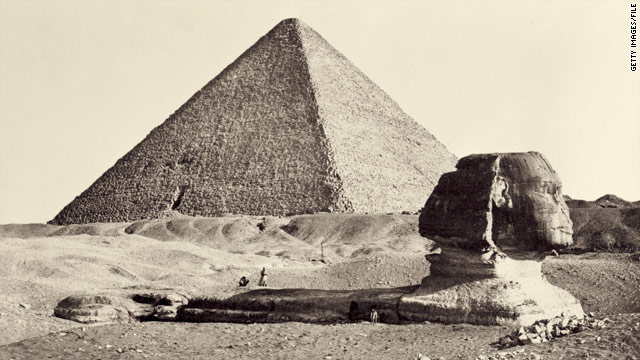 Just as the pharaohs and emperors of Ancient Egypt and Rome live on in the structures they left behind, one CEO of the Information Age may be known for leaving behind a piece of our time.

Amazon CEO Jeff Bezos is funding the creation of a clock that will run for 10,000 years, according to a Wired magazine article. The clock will overlook the Blue Origin Spaceport in Van Horn, Texas, a private space venture in which Bezos has invested. He said his intention for the clock is to encourage long-term thinking.

To view the clock, visitors will descend 500 feet into the mountain where it is housed. In order to see the clock in its entirety, a visitor will need to view it in individual parts, climbing the mountain to finally see the face at the top, Wired reports. By turning a wheel, visitors will cause the clock to automatically advance to that particular moment in time, so it will always read the time of its last visit. A 6-foot, 300-pound titanium pendulum will allow the clock to tick every 10 seconds.

Bezos told Wired that he has budgeted about $42 million for the project.

To put this timepiece in perspective, the Great Pyramid of Giza, the only one of the seven wonders of the ancient world that is still standing,Â  is about 4,500 years old, having been around half as long as the clock is projected to last.

â€śOver the lifetime of this clock, the United States wonâ€™t exist,â€ť Bezos said to Wired. â€śWhole civilizations will rise and fall. New systems of government will be invented. You canâ€™t imagine the world â€” no one can â€” that weâ€™re trying to get this clock to pass through.â€ť

Thousands of years from now, in a region that will have beenÂ formerly known as "West Texas," civilizations of the future will still hear the heartbeat of our era ticking every 10 seconds.

5:30 am ET September 16, 2021 RETWEET
After months of knocking on doors in the neighborhoods of Palm Beach County, Florida, trying to convince members ofâ€twitter.com/i/web/status/1â€¦yc
cnni