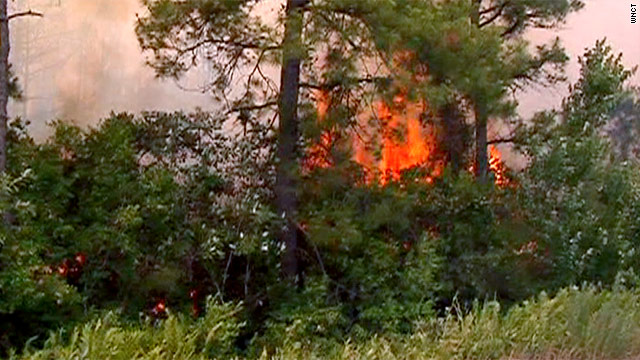 Twelve counties were under an air quality alert because of ŌĆ£fine particulatesŌĆØ circulating in the wind, according to the stateŌĆÖs Department of Environmental and Natural Resources.

The agency issued a Code Purple alert ŌĆō- very unhealthy ŌĆō-┬Ā for the weekend in coastal communities due to the blazes.

ŌĆ£Some of the highest particle pollution levels that (the state Division of Air Quality) has ever measured were in smoke plumes from wildfires,ŌĆØ the agency said on its website. ŌĆ£Fine particles can penetrate deeply into the lungs and be absorbed into the bloodstream, causing or aggravating heart and lung diseases."

11:46 am ET January 22, 2022 RETWEET
Researchers have discovered a possible link between the coronavirus pandemic and fewer instances of lightning reporŌĆtwitter.com/i/web/status/1ŌĆ”sN
CNNweather