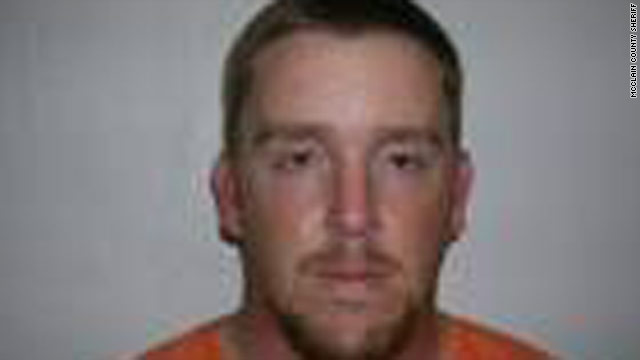 Shaun Bosse is charged with three counts of first-degree murder and one count of arson.
June 26th, 2011
01:28 PM ET

A manhunt was under way Sunday for an Oklahoma jail inmate who overpowered two deputies and stole one deputy's car, authorities said.

Shaun Bosse, 27, is charged with three counts of first-degree murder and one count of arson. He is accused of killing Katrina Griffin, 24, and her two children - Christian, 8, and Chastity, 6 - on July 23, according to CNN affiliate KOCO. Read more information about Bosse on a law enforcement web site.

Bosse stole a black 2004 Pontiac Grand Prix in his escape, said McClain County Undersheriff Bill Shobe. The car, which was newly purchased, has a paper tag, he said.