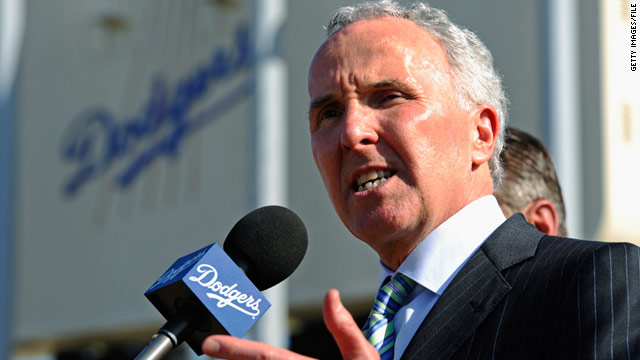 The Los Angeles Dodgers have filed for bankruptcy protection. The move comes after Major League Baseball rejected a TV contract deal for the team.

The bankruptcy filing also comes in the wake of a bitter divorce battle between owners Frank and Jamie McCourt, who finally reached a settlement earlier this month. But Frank McCourt still needs approval of a new $3 billion television deal with Fox Sports. Baseball Commissioner Bud Selig blocked the deal with the News Corp. (NWS) unit last week, saying that he couldn't approve a deal which he described as "structured to facilitate the further diversion of Dodgers assets for the personal needs of Mr. McCourt."

This story is developing. Stay with CNN's This Just In blog for more details.