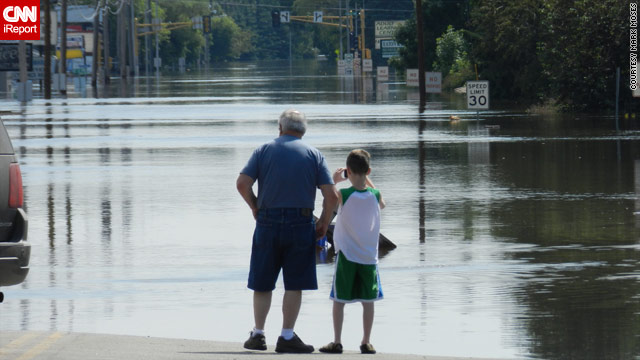 Utility crews were able to wade to the site of the break and divert the water flow, but it would likely be Tuesday night or Wednesday before they could install a new line to restore normal flow, said Dean Lenertz, a spokesman for the city.

About a third of Minot's population of nearly 36,000 has been evacuated due to record flooding from the Souris River, which bisects the city.

The Souris crested over the weekend at nearly 13 feet over flood stage. It has since fallen about a foot, but remains more than 2 1/2 feet above the previous record flood from 1881, according to the National Weather Service.

Spotted In @CityofInglewood Rampage getting down with the ladies of Zumba in the park. The @NFL & @RamsNFL holdingâ€twitter.com/i/web/status/1â€¦hi
sarasidnerCNN