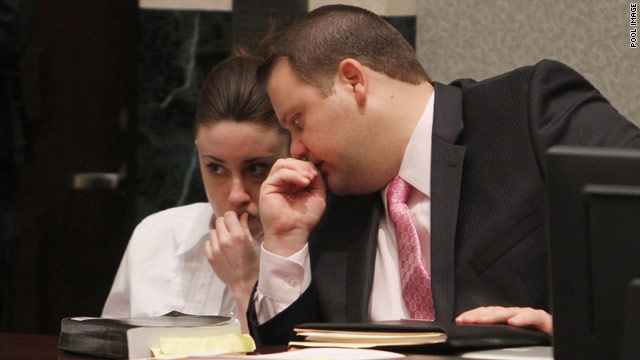 The meter reader who discovered Caylee Anthony's remains could testify Tuesday as a defense witness in the murder trial of her mother Casey, his attorney said.

Roy Kronk has been ordered to report to court at the start of the day, according to his attorney David Evans.

In his opening statement, Anthony defense attorney Jose Baez pointed the finger of responsibility at Kronk, who discovered Caylee's body on December 11, 2008, according to a sheriff's detective.

According to the defense, Kronk actually discovered the remains months earlier. Baez called Kronk "a morally bankrupt person who took Caylee's body and hid it ... he thought he had a lottery ticket. ... He can't be ignored in this."

Evans denied the accusations made by Baez.

In developments Monday, Anthony, who is accused of killing her 2-year-old daughter in 2008, was determined competent to proceed with her capital murder trial after she was examined by two psychologists and a psychiatrist over the weekend, the judge said.