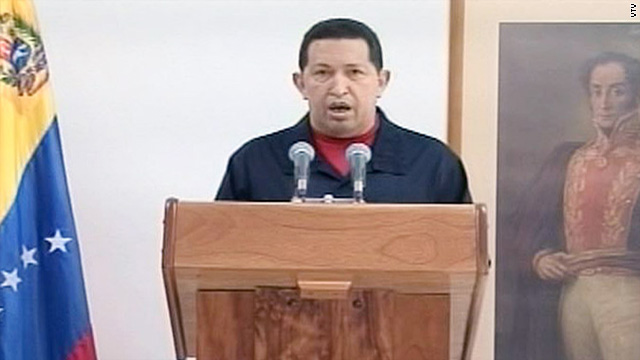 In a speech broadcast on state-run VTV Thursday night, Venezuelan President Hugo Chavez said doctors in Cuba detected and removed a cancerous tumor from his body.

It was Chavez's first speech on the network since doctors in Cuba performed emergency surgery on the Venezuelan leader nearly three weeks ago.

Chavez remains in Cuba and officials have not specified when he will return to Venezuela.

The Venezuelan president's typically frequent live television appearances have been absent from the country's airwaves since June 10, when officials said doctors performed surgery to treat a pelvic abscess.