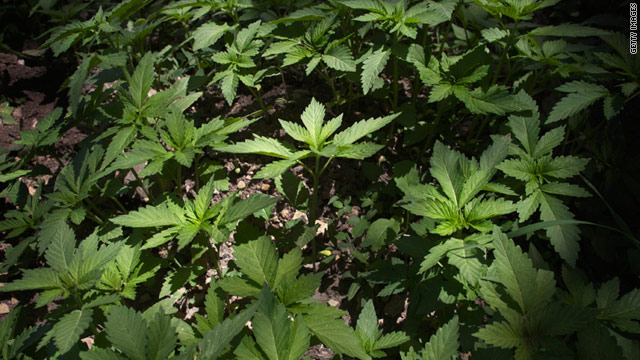 Overheard on CNN.com: Should we legalize marijuana?

"Yep, when I want informed opinions on ending the marijuana prohibition, I turn to a right-wing, old white man from the party that started the prohibition and has a reputation for being unable to admit it was ever wrong about anything. Because, after all, they have their finger on the pulse of the nation. Cough."–Latch2010

Why Barney Frank and Ron Paul are wrong on drug legalization

Don't legalize marijuana, writes William J. Bennett, former U.S. secretary of education. Among other problems, he says, the present drug is far more potent than in the past and legalizing it will encourage more children to use it. If CNN.com readers were polled, however, legalization would pass easily.

flatfoot14 said, "I recall how extremely difficult it was for me to get alcohol┬Ā- the only legal drug - while I was in high school, whereas marijuana was always just a phone call away. It would still be illegal for kids to do drugs."

JLM73 said, "I did a lot of drugs when I was in college, but the most dangerous and potentially damaging drug I've ever taken is alcohol."

cephalo said, "The real risk from drug use is the company you must keep to get them. The war on drugs is making hardened, violent criminals in the same way that Prohibition did."

But response2cnn said, "Marijuana causes psychosis in some people: My brother had this reaction and luckily stopped short of killing me. Too bad his kid has serious developmental disabilities, because pot is proven to cause DNA damage to sperm. The Tucson shooter was a pot addict; isn't that enough for you?"

Would your doctor pay for wasted time?

Fed up with long waits in the doctor's office, some patients are billing their doctors for time wasted. The story had the two groups squaring off about the problems and possible solutions. Rickapolis said, "For years I've dreamed of billing a doctor who has kept me waiting. But it was always just a fantasy. To see here that it's an accepted practice does my heart good."

DivineChef said, "When I was a kid I had to get a physical and they stuck me in an examination room for like an hour and a half: no doctor. They had doorbells inside the room so I began ringing it like crazy. It irritated the nurse, but no doctor. Finally I put my clothes back on and started to walk out. The doctor appeared."

canyon2912 said, "I once waited two hours in the waiting room and another hour and a half once the nurse stuck me in an examination room. When the doctor finally showed up, he was astonished that I minded waiting and explained that no one can schedule emergencies. I said that anyone caught in an emergency should have the common sense and courtesy to call the nurse so she can give patients the option to wait or reschedule."

b45h1r replied, "Disclaimer: I am a doctor and I run late all the time.There are basically two types of doctors.

1. The doc who runs a ruthlessly efficient office. To always be on time means the patients are placed in the room on time, paperwork complete or not. It also means that the doc leaves that room on time. If you have a 15-minute appointment, but 25 minutes of problems, you get 15 minutes of service. Unless you are running a simple follow-up clinic or only deal with sniffles, this will leave you with tons of angry patients.

2. The doc who often runs late. The most common reason to run late is fully addressing another patient's needs. We doctors value your time and trust. We also have families to visit and kids to pick up. We want to run on time. But if you have a 15-minute slot but 20 questions on upcoming surgery that you want answered in a caring manner, I'm not going to cut things short. You will get my full attention."

JustForGrinz said, "Well, I am a doctor. And I insist on staying on schedule no matter what. So when patients come in with chest pain because they think they may have pulled a muscle but an EKG and physical examination show that they are having a heart attack, I tell them to rebook later for a longer an appointment. I don't care what's going on, but I will absolutely stick to my schedule because other patients' time is what is important. I have a question for all the 'self empowered' patients out there. What do you do for a living and are you always on time? If you 'screw up' do people die? Because in my industry if I screw up people die or get maimed."

The high cost of being a bridesmaid

Pity the poor bridesmaid. Because of her affection for the bride, she must often shell out for a new gown (which she may never wear again), accessories, travel expenses, bridal shower, bachelorette party and a wedding gift. Expenses average $1,695, according to a study by 2010 Real Weddings.

Too true, lamented many CNN.com readers. schey said, "I'm a grad student, and I was just in a wedding a few weeks ago as maid of honor. I racked up close to $2,000 for my best friend's big day over the course of one year."

27panda said, "I got a nice little surprise in one wedding I was in. I had to travel┬Āfour hours to go to the store to get fitted (they greatly frowned on phone orders). After I got fitted, turns out the dress cost $450. Once I got my dress, the alterations were $60. I was a poor grad student at the time and had to put it on my credit card. The bride was with me when I got fitted and saw my shock at the price and never once offered an alternative."

svgal said, "I really wish I saw this article before agreeing to be in an old college roommate's destination wedding. After a $500 plane ticket, $150 for the rental car, $200 for the dress (that I'll never wear again), $50 alterations, $100 for hair, $50 for manicure and pedicure, she had the nerve to try to charge us the whopping $10 to get the dresses pressed."

brokeguest asked, "When did it become OK for brides to take advantage of their friends' bank accounts? I'm working and in school and have finally put my foot down. I will not go in any more debt because of friends' weddings." james1095 asked, "What happened to hanging out with your friends and family and just getting married? The scripted event often overshadows all the important bits these days."

3:00 am ET July 6, 2022 RETWEET
An online database containing the personal information of up to one billion Chinese people was publicly accessibleŌĆtwitter.com/i/web/status/1ŌĆ”qn
cnni

2:30 am ET July 6, 2022 RETWEET
The US Centers for Disease Control and Prevention has put Sweden, Guatemala and Morocco on its "high" risk list forŌĆtwitter.com/i/web/status/1ŌĆ”M0
cnni

3:00 am ET July 6, 2022 RETWEET
An online database containing the personal information of up to one billion Chinese people was publicly accessibleŌĆtwitter.com/i/web/status/1ŌĆ”qn
cnni

2:30 am ET July 6, 2022 RETWEET
The US Centers for Disease Control and Prevention has put Sweden, Guatemala and Morocco on its "high" risk list forŌĆtwitter.com/i/web/status/1ŌĆ”M0
cnni