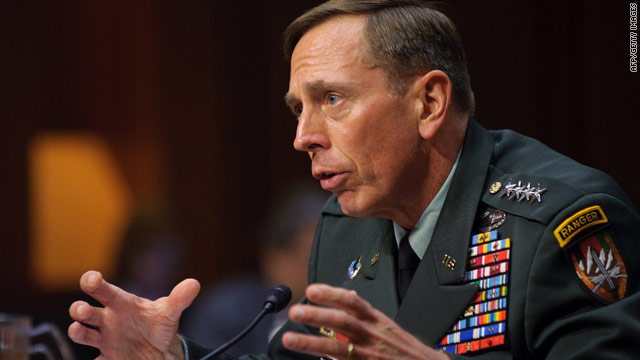 The 58-year-old commanding general of U.S. forces in Afghanistan has said he will retire from the military before assuming his new post later this year.

Petraeus received strong support at his confirmation hearing by the Senate Intelligence Committee. He told the panel he would lead the nation's largest intelligence agency fully independent of his ties to the military.

Asked about enhanced interrogation techniques widely considered to be torture, Petraeus reiterated his past opposition to them, saying methods permitted in the military interrogation manual he helped oversee have proven effective.

However, Petraeus said enhanced techniques could be considered in a so-called "ticking bomb" scenario - such as questioning someone who planted a nuclear device in New York set to go off in 30 minutes.

"I do think there is a need at the very least to address the possibility," Petraeus said of such a scenario. He called for discussing and working out a process ahead of time that would enable authorization from top leadership in order to prevent lower-level officials from being forced to consider the matter while "reacting under extreme pressure."