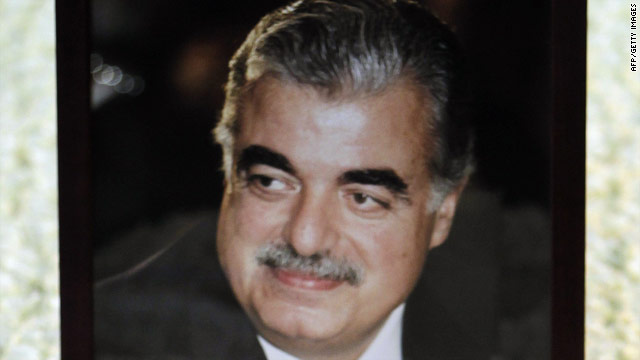 Two of the four people indicted in the 2005 assassination of former Prime Minister Rafik Hariri are senior members of the Lebanese Shiite movement Hezbollah, multiple sources in the region told CNN on Thursday.

The Special Tribunal for Lebanon issued the indictments and a U.N. source familiar with the body said the people include alleged perpetrators on the ground. The sources said they include Mustafa Badreddine and Hasan Oneisa.

Badreddine is the brother-in-law of Imad Monghneiye, a former Hezbollah commander who was assassinated in Syria in 2008. Badreddine  is reported to be a member of Hezbollah's advisory council. The other names on the list are Salim Ayyah and Asad Sabra.

Two additional lists of indictments are expected later this summer and are expected to include the organizers and planners of the attack, the U.N. source said.

Suspected connections to Hariri's death which link the Lebanese Shiite movement Hezbollah and the Syrian government have raised tensions in the country, stoking fears of sectarian conflict erupting in the ethnically and religiously diverse nation. Syria was mired in a civil war from 1975 to 1990.

Hezbollah has had longstanding animosity toward the tribunal based on the expectation that some of its members would be indicted as conspirators in Hariri's assassination.

Hezbollah is a political faction in Lebanon and provides social services to Shiites. However, it has long been regarded as a terrorist organization and an ally to Iran by the United States.

The movement, which fought a war on Lebanese soil with Israel five years ago, claims the tribunal is a plot involving the United States, Israel and France. Ibrahim Mousawi, a Hezbollah media relations officer, said it had no immediate reaction to the indictments.

Rafik Hariri and 22 others were killed on February 14, 2005, when a bomb went off as his motorcade passed by. Saad Hariri, Rafik Hariri's son and a former Lebanese prime minister, said on Thursday the indictments were issued after years "of patience and waiting and a constant national struggle."