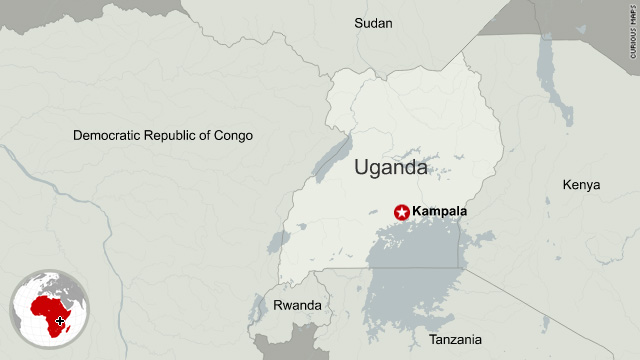 Lightning strikes have reportedly killed many people in Uganda.
June 30th, 2011
11:23 AM ET

Uganda lightning kills often; the latest: a teacher and her students

A lightning strike in rural western Uganda has killed a schoolteacher and at least 20 students, numerous outlets are reporting.

The strike happened at the Runyanya primary school, and almost 100 more people were injured, The Christian Science Monitor says. The newspaper points out that while the strike could seem to be a freak occurrence, there has been an uptick in lightning strikes in the region. The Monitor cites the state-run daily New Vision, which reports that at least 40 people nationwide have died from lightning strikes recently. The Huffington Post reports that lightning kills 15 people a week in Uganda.

Unseasonably heavy rainfall, resulting from an abnormal increase in moist air blowing across the Congo basin from the Atlantic, may have something to with the lightning, experts say.

"Lightning by its nature and evolution is a very unpredictable event," Michael Nkalubo, the country's commissioner for meteorology, told local journalists at a briefing, according to the Monitor. "It can strike in the most unexpected places and do the most unexpected damage."