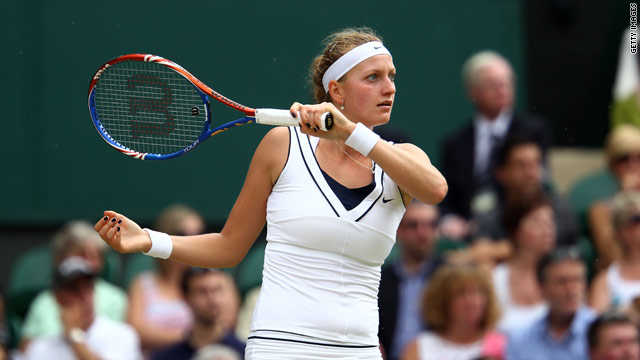 Sharapova won the title in 2004, when she was just 17; this is 21-year-old left-hander Kvitova's first appearance in a Grand Slam final. The match began at 9 a.m. ET.Novak Djokovic and defending champion Rafael Nadal will contest the men's final on Sunday after both secured four-set semifinal victories Friday.

Djokovic, of Serbia, beat France's Jo-Wilfried Tsonga and will take over from Nadal as world number one, whatever the outcome Sunday.

Nadal looked ready to surrender his service in the second set before Murray missed an easy forehand winner. That signaled a turning point as the Spaniard won the next seven games to take a stranglehold on the contest he never relinquished.