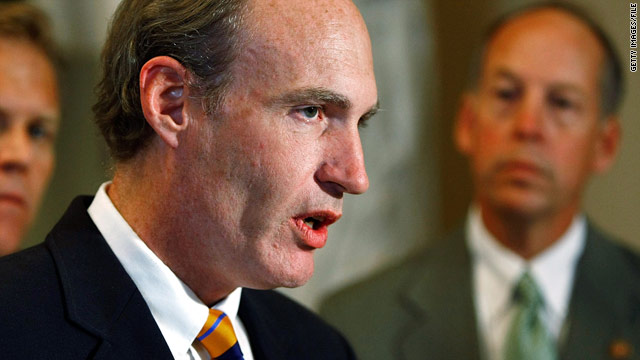 Vowing to "restructure the government," Congressman Thad McCotter formally announced his candidacy for president at a festival in his home state of Michigan Saturday.

McCotter is the tenth Republican and third member of the U.S. House of Representatives to enter the race.

McCotter is considered a long-shot candidate by party insiders. But he is laying the groundwork for a campaign in Iowa. Last month McCotter anonymously purchased a prime location for the upcoming the Ames Straw Poll in August.

Fond of quoting rock bands in his political commentary, McCotter described last spring's near government shutdown as a "Communication Breakdown" between the parties in a reference to the Led Zeppelin classic.

The new US Space Force has revealed its new utility uniform, and it's bound to look familiar cnn.it/2NCAUaf
cnni

1:26 pm ET January 18, 2020 RETWEET
A clock counting down to the second the UK leaves the EU on January 31 will be projected onto the bricks of Downingâ€twitter.com/i/web/status/1â€¦F9
cnni

12:55 pm ET January 18, 2020 RETWEET
NBA legend Kobe Bryant reveals that he faced racism at soccer games while growing up in Italy, and explains why heâ€twitter.com/i/web/status/1â€¦ms
cnni