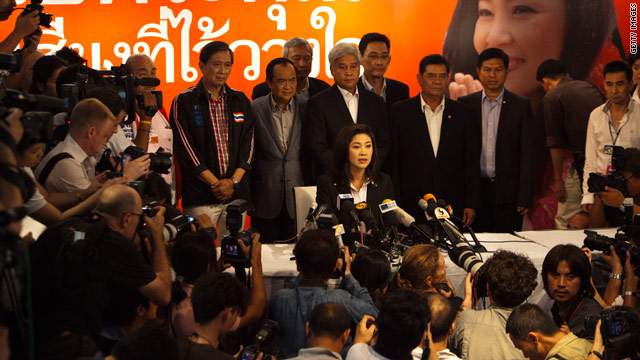 Early exit polling in Thailand showed Yingluck of the Pheu Thai party with a wide lead over Abhisit of the Democratic Party.

Polling also showed Yingluck's party may take more than 300 of the 500 seats in the House of Representatives up for grabs in the election, according to data collected by the Suan Dusit Poll. It would be one of the few times in recent decades that a party won a majority, allowing it to form its own administration without having to build a coalition.