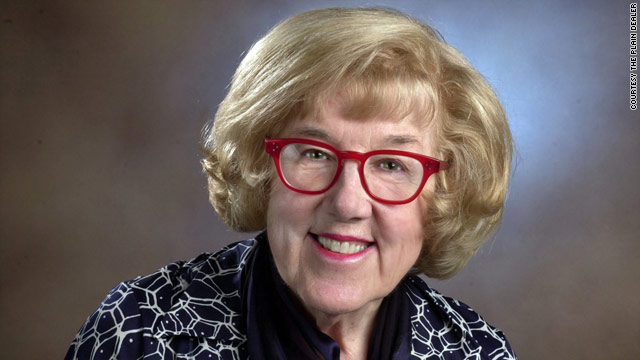 Jane Scott, who broke down stereotypes, barriers and ceilings as a rock 'n' roll journalist, has died at 92, her former newspaper announced.

"You can't underestimate the importance of Jane Scott. When it comes to music, when it comes to journalism - she invented rock criticism. It was her life and she lived it," Michael Heaton, a former colleague at The Cleveland Plain Dealer, told CNN affiliate WJW-TV.

Scott started out, as almost all women journalists did at the time, as a society writer, but struck journalistic gold in 1964 when she covered the Beatles' stop in Cleveland on their groundbreaking first North American tour.

"I never before saw thousands of 14-year-old girls, all screaming and yelling," she recalled later, according to the paper. "I realized this was a phenomenon.Â  ... The whole world changed."

Scott never looked back, covering the rise of the Rolling Stones, Led Zeppelin, Bob Dylan, Janis Joplin, Jimi Hendrix and many others who would end up enshrined in the Rock and Roll Hall of Fame on Cleveland's lakefront.

"Rock 'n' roll has brought young people together like nothing has ever done in the past," she told CNN affiliate WKYC-TV in a 1990 interview.

Scott knew a good thing when she saw it. "His name is Bruce Springsteen. He will be the next superstar," she wrote in her review of a 1975 performance in Cleveland. The rest of the world eventually caught on.

Scott retired from the Plain Dealer in 2002 but continued to attend concerts, the paper said.

She died early Monday. Her companion, Jim Smith, died in 2004, according to the paper; they had no children.

"Jane's impact and influence on generations of rock music fans, performers and journalists can be felt in the tributes, messages and notes that have come pouring into us," Plain Dealer managing editor Thom Fladung told CNN. "From the likes of Lyle Lovett, who said, 'Music lost one of the dearest members of its family,' to the fan who simply said, 'Salutations to Jane Scott. What a badass.'"