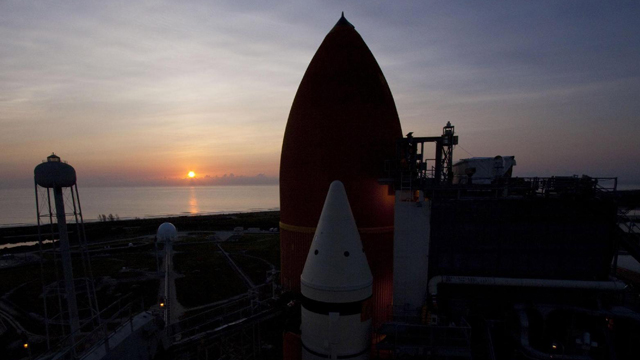 A look back at the shuttle program

Today's launch of Atlantis will be the last time a space shuttle lifts off from the Kennedy Space Center. For more than 30 years, the orbiters have pushed the bounds of science and carried hundreds of people and tons of large cargo into orbit. As the final mission begins, CNN looks back at moments that have defined this one-of-a-kind program. You also can take a look at part one of the shuttle's most memorable moments.

Hubble Space Telescope – For more than 20 years, this giant orbiting telescope has peered into the farthest reaches of space. Space shuttle Discovery deployed the tractor-trailer-sized telescope in 1990. Since then, five shuttle missions have returned to upgrade and repair its instruments. The telescope helped astronomers estimate the date of the universe, learn how planets are formed, spot super novas, and produce breathtaking pictures.
[cnn-video url="http://www.cnn.com/video/#/video/tech/2011/06/20/1990.hubble.discovery.launch.cnn"%5D

John Glenn – John Glenn was a space legend long before the space shuttle. As one of the first "Mercury 7" astronauts, he became the first American to orbit the Earth in 1962. On October 29, 1998, he blasted back into space onboard space shuttle Discovery. At 77 years young, he was the oldest person to visit space – and served as a guinea pig for a variety of tests devoted to understanding the human aging process.
[cnn-video url="http://www.cnn.com/video/#/video/tech/2011/06/17/1998.glenn.flight.nasatv"%5D

International space station – Roughly the size of a football field, the international space station has traveled nearly 2 billion miles in orbit. The final shuttle mission will be the 37th U.S. shuttle visit to the station. Shuttles have transported many of the large laboratories, structural trusses and solar panels to help build the nearly million pound orbital outpost. NASA says the complex now has more livable room than a typical five bedroom house. It has been continuously inhabited since October 31, 2000.
[cnn-video url="http://www.cnn.com/video/#/video/tech/2011/06/20/natpkg.iss.history.cnn"%5D

Columbia disaster – On February 1, 2003, after nearly 16 days in orbit, space shuttle Columbia started what was expected to be a normal descent to land at Kennedy Space Center. Around 9:00 a.m. ET the ship broke apart, killing seven crew members.  NASA later determined the destruction was caused by foam falling onto the shuttle as it launched. The external fuel tank insulation hit the bottom of Columbia’s left wing and breached thermal tiles designed to protect it from the heat of re-entry.
[cnn-video url="http://www.cnn.com/video/#/video/tech/2011/06/20/2003.columbia.disaster.cnn"%5D