Russia will expel 10 US diplomats to retaliate against President Biden's sanctions against the Kremlin, Foreign Minātwitter.com/i/web/status/1ā¦BT

A heavy metal guitarist with ties to the Oath Keepers is the first to plead guilty to crimes related to the US Capiātwitter.com/i/web/status/1ā¦eW

President Biden will sign a declaration today to speed refugee admissions to the US but not raise the refugee cap,ātwitter.com/i/web/status/1ā¦ZM 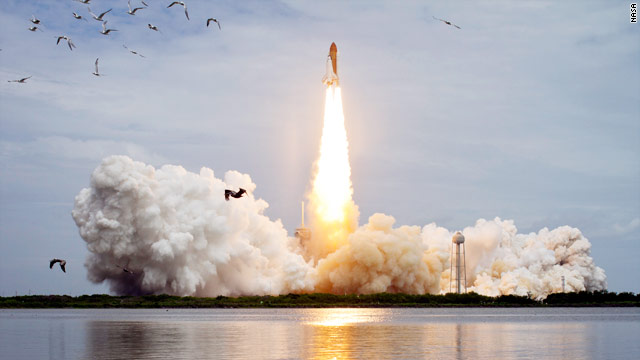 The four-member crew blasted off on a 12-day mission just before 11:30 a.m. The four - all shuttle veterans - are on their way to deliver supplies to the International Space Station.

The possibility of storms had raised doubt about whether the launch would take place as planned, but NASA gave the shuttle a "go" for launch a few minutes before liftoff.

Thousands of people, including some who came to Kennedy Space Center three decades ago for the first launch, were gathered to watch. Almost a million people were expected to be on hand to witness the historic event.

The wildfire season "is coming quickly and it's coming earlier" in California as a worsening drought plagues the stātwitter.com/i/web/status/1ā¦fY
CNNweather

10:53 am ET April 16, 2021 RETWEET
Widespread cooler-than-normal temperatures across the eastern two-thirds of the US will pair with a chance of snowātwitter.com/i/web/status/1ā¦T5
CNNweather

8:44 am ET April 16, 2021 RETWEET
The well-being, economy and agricultural sector of the Indian subcontinent is under threat as climate change deliveātwitter.com/i/web/status/1ā¦lX
CNNweather