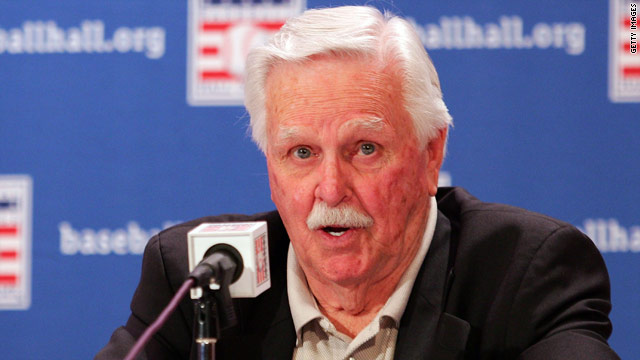 Dick Williams, who managed in four World Series and won two of them, died Thursday, Major League Baseball announced. He was 82.

"I know that every one of those players that played for him is very sad," former Oakland A's catcher Ray Fosse told MLB.com. "He was very well respected, and what more can you say about playing for someone that you want to play hard for."

Williams managed the A's to the first two of their three consecutive World Series championships in the early 1970s. He also led the Boston Red Sox to the American League pennant in 1967 and the San Diego Padres to the National League crown in 1984. He also helmed the Montreal Expos, California Angels and Seattle Mariners during a 21-year managing career that ended in 1988, according to Baseball-reference.com.

"It is with great sadness that we say goodbye to Dick Williams today," A's managing partner Lew Wolff said Thursday in a statement. "He was a brilliant and feisty leader, and universally recognized as one of the greatest managers in Major League history. ... A's fans and our franchise will always have a warm spot in their hearts for Dick Williams."

Williams was inducted into the Baseball Hall of Fame in 2008. His son Mark told MLB.com the family will scatter his ashes on the hall's Doubleday Field.