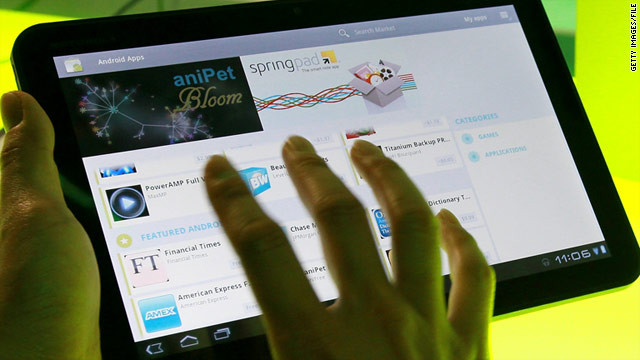 Newspapers are looking to become the biggest thing on tablets since the Ten Commandments, and the Philadelphia Inquirer is hoping to keep its product relevant by selling it with free Android devices.

Publisher Greg Osberg announced Monday that the Philadelphia Media Network will begin providing free Android tablets for digital subscribers to the Inquirer and to the Philadelphia Daily News, according to a news release. This initiative is part of a $250,000 Knight Foundation grant to pursue digital journalism.

The initiative is called Project Liberty. The Philadelphia Media Network will partner with Drexel University, DreamIt Ventures and the Philadelphia Foundation to develop new technology for digital media, according to the news release.

Plans for the free tablets are still in development, and the specifics for the devices are still to be determined.

US President Trump's former personal attorney Michael Cohen has been taken into custody for violating terms of hisâ€twitter.com/i/web/status/1â€¦ir
cnni

2:52 pm ET July 9, 2020 RETWEET
From the Giza Pyramids in Egypt to the Nazca Lines in Peru, these UNESCO sites come with the added allure of alienâ€twitter.com/i/web/status/1â€¦7Y
cnni

2:32 pm ET July 9, 2020 RETWEET
Just in: Michael Cohen back in custody after being released to home over COVID concerns - @ABC News; unclear why fâ€twitter.com/i/web/status/1â€¦XD
susancandiotti