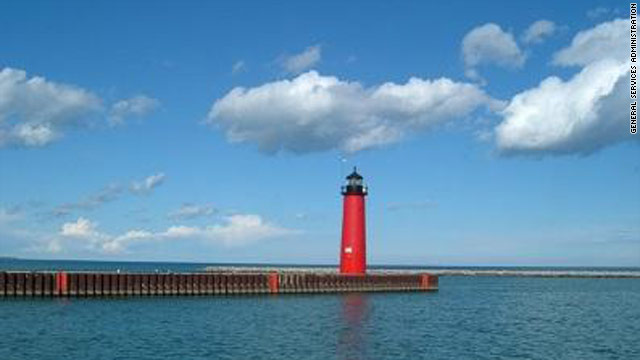 If you have always wanted the tallest house in your neighborhood, here's your chance.

The federal government is auctioning off three decommissioned lighthouses, and the bids are still pretty low.

As of Tuesday morning, the Kenosha North Pierhead Light in Wisconsin is sitting at $13,000. In Ohio, three bids for the Fairport Harbor West Breakwater Light have risen to $39,500. The bidding ends Wednesday for both.

You have another week to bid on Ohio's Conneaut Harbor West Breakwater Light, which has drawn but one bid for $5,000, possibly because it could not easily be converted into a home or bed and breakfast.

"They're in varying states of repair or disrepair," General Services Administration official John E.B. Smith told The Washington Post. "They're not cheap to maintain."

Also available, but not to individual buyers, are 12 other lighthouses. The General Services Administration is trying to give them away to local governments or qualified agencies to be preserved as historic or educational sites. They are:

The lighthouses are outmoded by more modern means of navigation but still have historical value. The U.S. Coast Guard and National Park Service are offering them under the National Historic Lighthouse Preservation Act of 2000.

Interested organizations need to submit a letter and complete a stringent application process. If no suitable steward is identified, the lighthouses will be auctioned to the general public, the GSA says.