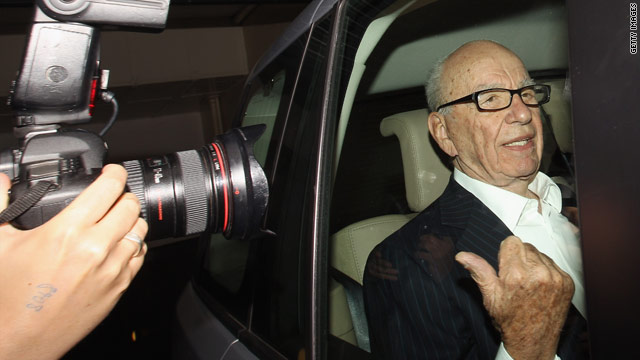 If the Murdochs and Brooks do not answer the summons, parliament can compel them to do so, Labour lawmaker Chris Bryant - who believes he is a hacking victim - said on Twitter.

Brown Tuesday accused Murdoch's newspapers of having "links with criminals" as he spoke to the BBC about allegations the Sunday Times illegally obtained private information about him.

Brown accused the paper of getting his bank details, saying he was "genuinely shocked" by its methods.

CNNâ€™@camanpourur remembers the legendary Larry King: â€śHe was the ultimate master of the interviewtwitter.com/i/web/status/1â€¦uEs6SqR7
cnni

6:06 am ET January 24, 2021 RETWEET
As horrible as the pandemic has been for small business owners, for some it has also shown in spades the compassionâ€twitter.com/i/web/status/1â€¦hH
cnni

4:00 am ET January 24, 2021 RETWEET
To save their planet, we have to kill their jobs. CNN contributor John Sutter asks: In the fight against the climatâ€twitter.com/i/web/status/1â€¦u6
cnni

3:00 am ET January 24, 2021 RETWEET
France has passed a law protecting the "sensory heritage" of its rural areas, in the face of complaints about the nâ€twitter.com/i/web/status/1â€¦JQ
cnni