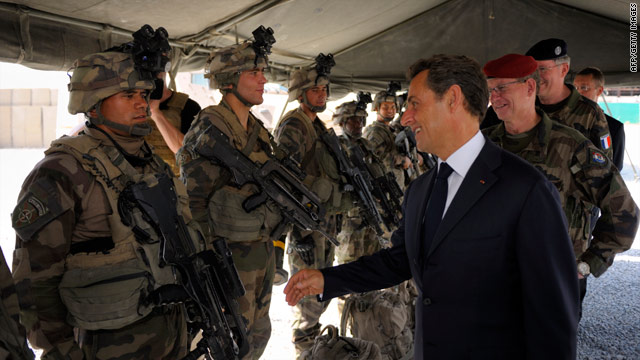 Five French troops and an Afghan civilian were killed on Wednesday in an insurgent attack in an eastern province of Afghanistan, the French president's office said.

The incident occurred in Afghanistan's Kapisa province, where the French have a strong troop presence, and it comes a day after French President Nicolas Sarkozy visited the country to meet with French troops.

The office said the soldiers were protecting a shura, a gathering of high-profile figures, in Joibar village when "a terrorist detonated his bomb within proximity of the French soldiers." The village is in Kapisa's Tagab valley.

Along with those killed, four French soldiers and three Afghan civilians were injured.