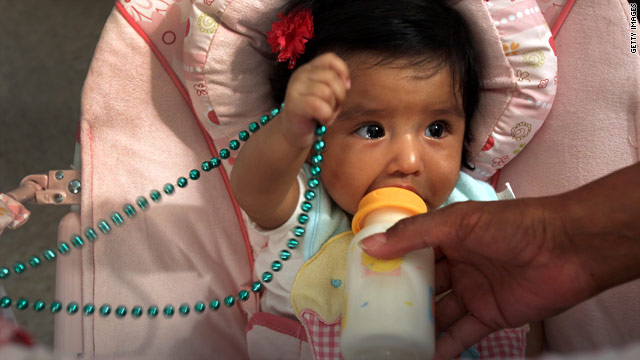 The same can be said for the entire Hispanic population of the United States, which grew from 35.3 million in 2000 to 50.5 million in 2010, accounting for 16.3% of the U.S. population, according to U.S. Census Bureau data. About 58% of that growth resulted from births rather than the arrival of new immigrants, the report says.

Mexican-Americans are the nation's largest Hispanic group,  at around 31.8 million, or 63% of the U.S. Hispanic population and 10% of the total U.S. population.