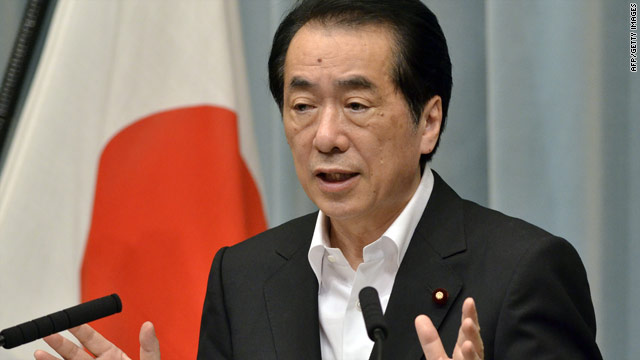 Japan's energy plan needs to be completely revised and must eliminate the nation's dependence on nuclear power, Prime Minister Naoto Kan said Wednesday, according to The Daily Yomiuri.

"I have realized that nuclear accidents cannot be prevented completely with the conventional safety measures we have at present," he said.

It's a sharp about-face for Kan. His government approved a plan just last year that called for 14 new nuclear reactors by 2030 and an increase in nuclear energy production from 26% to 53% of total electricity generated, The Daily Yomiuri reported.

The inert gas will help stabilize the reactors as the utility aims for a cold shutdown by January at the latest, Kyodo reported.

TEPCO already has new water circulation systems working at all three reactors to keep their temperatures under control.

Meanwhile, the Fukushima municipal government says it plans to cleanse the entire city of radioactive contamination, Yomiuri Shimbun reported. The city is about 30 miles from the damaged plant.

The effort, which could take nearly 20 years to complete, would involve pressure-washing buildings and scraping off the top layer of soil.