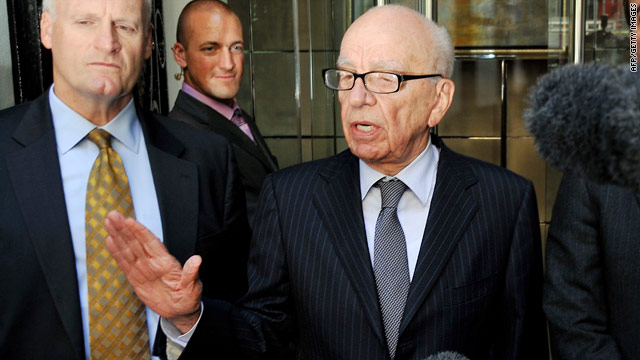 The FBI has launched an investigation into Rupert Murdoch's News Corp. amid allegations that employees or associates may have hacked into phone conversations and voicemail of September 11 survivors, victims and their families, a federal law enforcement source told CNN.

"We are aware of the allegations and are looking into them," said the source, who requested anonymity due to the sensitivity of the investigation.

"We'll be looking at anyone acting for or on behalf of News Corp., from the top down to janitors," to gather information and determine whether any laws may have been broken.

Because the investigation just began, it's too early to say when the first interviews will be conducted, the source said. New York Rep. Peter T. King, a Republican, earlier this week asked FBI Director Robert Mueller to investigate the possibility that journalists working for Murdoch may have tapped into the phones of 9/11 victims and relatives.

News Corp. said Thursday it had no comment on the FBI investigation or possible congressional hearings.